Coming In 2019 Elections: 100 Per Cent VVPATs In All Polling Booths In India 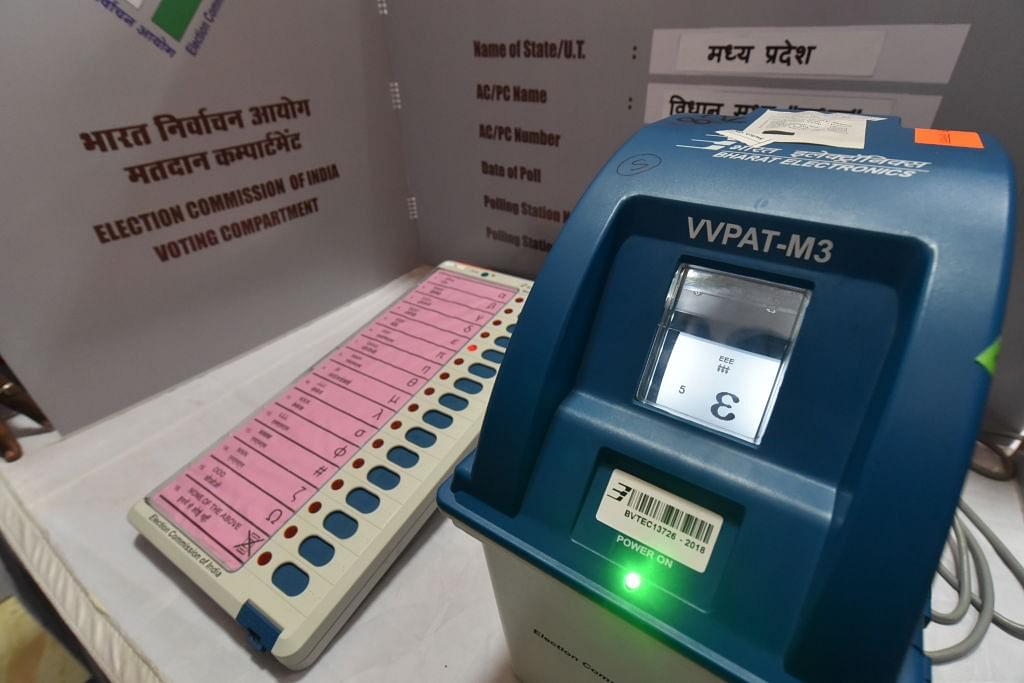 Election Commission of India (ECI) is gearing up well in advance for the upcoming general elections in 2019. First level checks and training of district officers is being done to make sure that they meet the requirement of 100 per cent EVM (Electronic Voting Machine) VVPATs (Voter Verifiable Paper Audit Trail) across all polling booths in India. There are approximately 10.6 lakh polling stations in India.

CMDs of PSUs have been consistently kept under the review of the ECI to ensure the production and supply is met. For the elections, 22.3 lakh ballot units, 16.3 lakh control units and 17.3 lakh VVPATs will be used, a press release from Press Information Bureau said. This includes buffer stock of machines that are used for training purposes and replacement.

In the upcoming assembly elections at Ajmer, Indore, Durg, Aizwal and Mehboobnagar, a new user-friendly EVM management software will be tested.

Since 2000, EVMs have been used in 113 state elections and three Lok Sabha elections. VVPAT allows the voter to verify their votes that have been cast. VVPAT has an independent printer that is attached with the EVM. VVPAT slips are visible for seven seconds behind the screen. Thermal paper is being used so that the printout remains in shape for five years, if any issue comes up in court.

Until now, 933 assembly constituencies and 18 parliamentary constituencies have experienced the use of VVPATs. During the previous election, 100 per cent polling stations in Goa, Himachal Pradesh, Gujarat, Meghalaya, Nagapand, Tripura and Karnataka used VVPATs.

Under the supervision of ECI, only two PSUs are allowed to manufacture EVMs, them being Electronics Corporation of India Limited (ECIL) and Bharat Electronics Limited (BEL).