Coming To America? Trump Vows To Deploy As Many Troops Necessary To Stop Migrant Caravan At Mexico Border 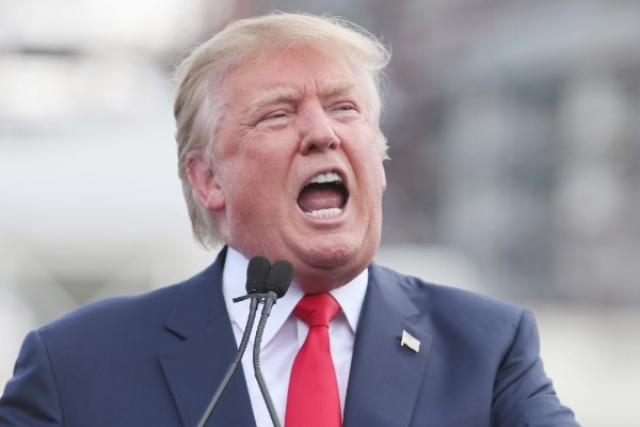 Thousands of Central American migrants, wanting to escape from the brutal violence and crushing poverty of their homeland in Honduras, have managed to cross the Mexico border and are continuing the trek northwards do the United States, NPR has reported.

US President Trump blamed the Democrats and the Mexican government on Monday (22 October) for the progress of the migrants.

Every time you see a Caravan, or people illegally coming, or attempting to come, into our Country illegally, think of and blame the Democrats for not giving us the votes to change our pathetic Immigration Laws! Remember the Midterms! So unfair to those who come in legally.

He also vowed to send as many troops as necessary to the US-Mexican border to block a growing caravan of Central American migrants, calling their trek “an assault on our country”.

The caravan has swelled in size over the past few days and is estimated to be composed of over 7,000 refugees, including families with infants and elderly, forming an over mile-long queue. The group is now marching deep inside Mexico braving the sweltering heat following failed efforts to stop them by riot gear clad Mexican police.

Trump threatened to cut aid to Central American countries over their failure to contain the flood of illegal immigrants to the US.

Guatemala, Honduras and El Salvador were not able to do the job of stopping people from leaving their country and coming illegally to the U.S. We will now begin cutting off, or substantially reducing, the massive foreign aid routinely given to them.

The US reportedly spent close to $200 million in foreign aid this year for the three countries - Honduras, El Salvador and Guatemala. The aid supported programs run by the three countries, aims to promote economic growth, step up security and strengthen the rule of law.

Mexican resident Enrique Peña Nieto assures last week he will take all steps to prevent the group from crossing the US border illegally. Mexico has requested additional humanitarian aid from the United Nations to help deal with the migrants.

Mexican authorities say more than 1,000 Central American migrants officially applied for refugee status in Mexico over the past three days.