'Communist' Kamala Harris Will Be President Within A Month If Joe Biden Wins: US President Donald Trump 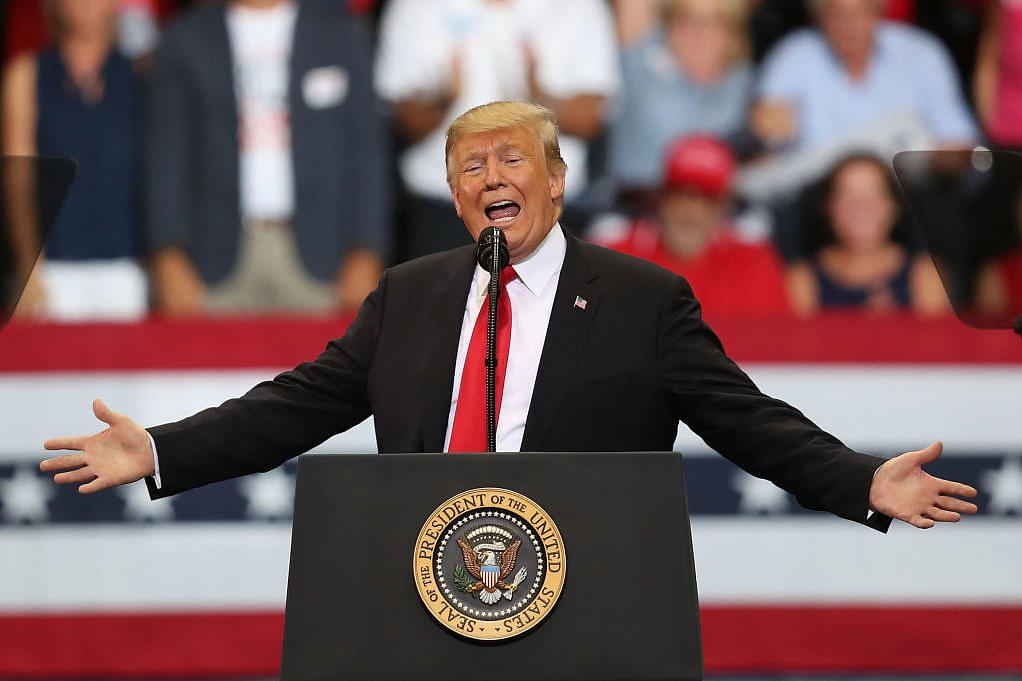 US President Donald Trump asserted on Thursday (8 October) that Democratic Party's vice-presidential candidate Kamala Harris would replace Joe Biden as president within a month if he were elected and launched a vicious attack calling her a "monster" and a "communist".

In an interview with Fox Business TV, he said: "She's a communist. We're going to have a communist (as president)? She's going to be (president), in my opinion, within a month. Look, I sit next to Joe and I looked at Joe. Joe's not lasting two months as president."

Using a strong invective, he referred to her as "this monster that was onstage with Mike Pence, who destroyed her last night, by the way".

Trump, who is recovering from Covid-19 at the White House after being released from a military hospital, spoke to interviewer Maria Bartiromo over telephone.

Pence and Harris conducted themselves with relative courtesy during the debate and the vice president, whose style is the opposite of Trump, avoided personal attacks on his rival.

While she also treated him with courtesy, her style honed in years as a prosecutor, overwhelmed him at times.

Trump called her performance at the debate "terrible" and said she was "nasty".

During the debate, Pence tried to link to Harris to the radical left wing of the party leading to her disowning her previous support for that group's Green New Deal manifesto that she had sponsored.

Trump appeared to be compensating for Pence's civility with his attack viciously painting her as a radical.

He said that Harris was a communist, "not a socialist, she is well beyond socialist."

He said: "She wants to open the borders to killers, murderers and rapists to pour into the country."

During the interview, he also turned on two members of his cabinet.

He said that he was not happy with Secretary of State Mike Pompeo because he had not released documents relating to Hillary Clinton, whom he defeated in the 2016 election and had been the secretary of state in former President Barack Obama's administration.

Attorney General William Barr "could go down as a very, very sad situation" if he did not act on how the probe against him in the 2016 election collusion with Russia began, Trump said.