‘Congress Candidates Will Lose Deposits’: AAP And Congress Leaders Take Digs At Each Other After Alliance Talks Fail 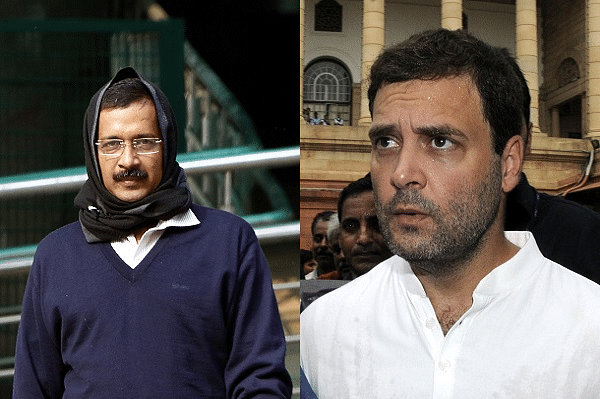 The bitterness between the Congress and the Aam Aadmi Party (AAP) has come out in the open after alliance talks between the two failed, with leaders from both sides criticising the other side publicly, reports The Times of India.

The talks failed as the Congress wanted to restrict the alliance to only Delhi, while AAP wanted to have a much broader arrangement which would include Haryana and Punjab. The former has said that it is still open to alliance talks but again, on condition of it being limited to only the national capital.

"We want alliance on all 33 seats with the Congress and not three seats in Delhi. We are capable of defeating the BJP and the Congress on our own in Delhi. We will contest on seven seats alone, Congress candidates will lose their deposits," remarked AAP leader Gopal Rai.

There is speculation that there remains a small chance that an alliance could still be created between the two, with a final offer of a 5:2 seat-sharing arrangement by AAP to Congress.

However Congress in-charge for Delhi, P C Chacko, said that in any alliance, the split between the two parties should be 4:3.

"(AAP leader) Sanjay Singh met me and we discussed our corresponding strength in the last election in Delhi (in 2017). Congress got 31 seats and AAP got 49 seats and together we had 80 seats. Our vote share was 21 per cent, AAP got 26 per cent votes and in total, we got 47 per cent. There are 7 Lok Sabha seats, we are eligible to get approximately 3 seats while AAP is entitled to 4 seats," Chacko remarked.

The Congress leader said that his party was forced to go solo as AAP had backtracked on its stand.