Conrad Sangma Sworn In As The Chief Minister Of Meghalaya 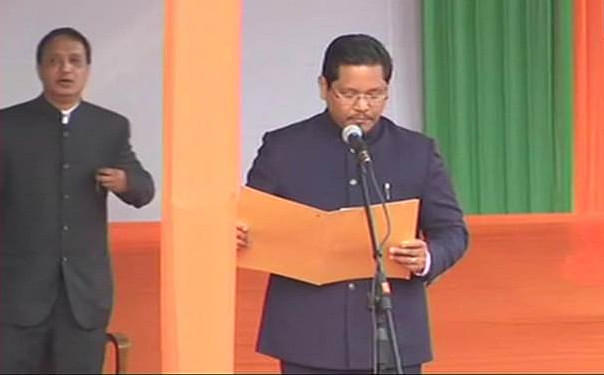 Conrad Sangma, Chief of the National People's Party (NPP) which got 19 seats in the assembly elections, has been sworn in as the 12th chief minister of Meghalaya.

The party had offered to make Donkupar Roy, the Chief of UDP, Chief Minister for two-and-a-half years. He, however, rejected the offer and extended support to the alliance cobbled together by the BJP.