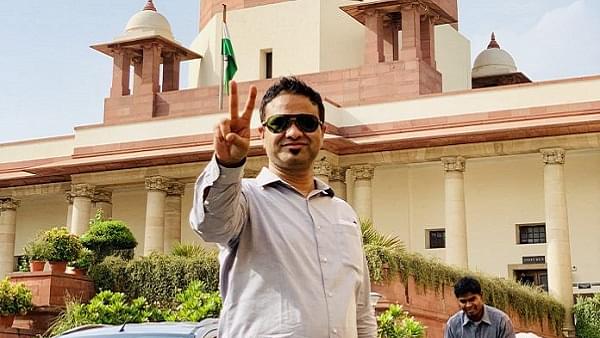 Suspended lecturer Dr Khan was in the city to attend a demonstration by local women against the Citizenship (Amendment) Act (CAA) and the proposed nationwide National Register of Citizens (NRC) and National Population Register (NPR). The protest was scheduled for 11:00am on Thursday at Mumbai Central.

He was, however, taken into custody as soon as he landed at the airport, from where he was taken to Sahar police station.

According to a senior Mumbai police official, UP police STF will take him back to his home state for further investigation in the matter.

Dr Khan, the doctor who hit the headlines in Gorakhpur after the death of 60 children in the Baba Raghav Das (BRD) hospital in 2017, had been booked for allegedly giving a provocative speech at the open talk in AMU on the CAA, 2019.

Superintendent of Police (SP) Abhishek, Aligarh had said that the FIR was registered against him under section 153-A (Promoting enmity between different groups on ground of religion) of IPC at the civil lines police station on 13 December.

According to the FIR, Dr Kafeel said in his speech, “Mota Bhai' is teaching everyone to become Hindu or Muslim but not a human being. He does not believe in the constitution since the RSS came into existence. The CAB makes Muslims a second category citizen and subsequently they will be harassed with the implementation of the NRC.”

Dr Kafeel further added, “This is fight is for our existence. We have to fight.” He also stated that students in the RSS schools were being taught that those who have beards are terrorists. He said through the CAB, the government has told us that India is not “our” country.

The FIR stated that Dr Kafeel made an attempt to vitiate the peaceful atmosphere and disturb the communal harmony, with his speech.