Tribals Fight Back Conversion Bid: 16 ‘Preachers’ Arrested In Jharkhand For Trying To Convert Them To Christianity 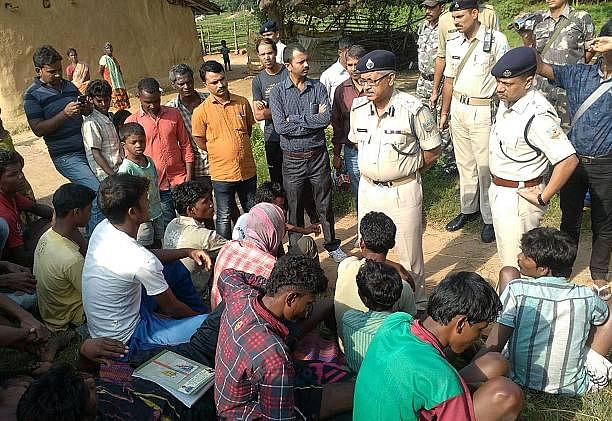 A group of 16 people with alleged links to evangelists have been arrested for trying to convert tribal villagers to Christianity in Jharkhand's Dumka district, NDTV has reported.

The arrests have come two days after 25 “preachers”, including the 16 accused, were rescued by the police from the clutches of “enraged” tribal villagers in the area and detained for questioning, Superintendent of Police Kishore Kaushal said.

According to the report, Phool Pahari village pradhan Ramesh Murmu registered a complaint at Shikaripara Police Station, about how the 16 preachers had arrived in a bus from West Bengal and put up loudspeakers in the village and began inviting people to join Christianity.

“The villagers became angry when they began making disparaging comments about tribal places of worship — locally called ‘Manjhi Than’ and ‘Jaher Than’ — saying that Satan resided in such places. Angry villagers asked them to stop but they did not,” said a senior police officer associated with the case.

“After that, they (villagers) detained them overnight. In the morning, they informed the police and handed them over to us.”

Kaushal also said that the 16 arrested have named an organisation based in Tamil Nadu with which they were associated, which was being probed.

The police also said posters and copies of religious books have been seized from the accused, said the report.

Another investigator associated with the case said the police are "trying to unearth the channel behind the conversion attempts", in violation of the Jharkhand Freedom of Religion Act, which came into force in the state in September 2017. This is the first major arrest made by the police since the act was implemented last year.