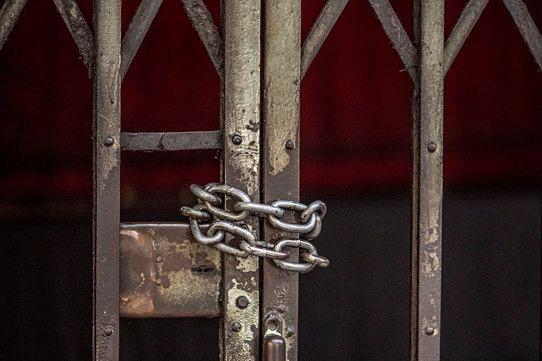 The educational hub of India, Kota, with an estimated worth of Rs 1,200 crore before the Covid-19 pandemic, has now been reduced to one-fourth of its value, due to the new variant which has forced students to leave the city and resort to online studies. Thousands of caterers, hostel and PG owners have been left in the lurch, looking for alternate livelihoods.

Around one lakh people engaged directly or indirectly with the coaching hub have lost their livelihood.

Four decades back, Kota was an industrial city of Rajasthan. However, later, it transformed into a premier coaching centre of the country as aspiring students dreaming of making it big in medical and technical streams came here.

Each year, around 1.50 lakh students from all over the country register themselves at various institutes here. However, now the town wears a desolate look as hardly 10-15 per cent students have stayed back.

"It is like a nightmare for us when hundreds and thousands of students have left Kota in fear and haste. The city's economy has crumbled. Only 10 per cent of the hostels and PGs have students. Around 80 per cent of employees working in these hostels have lost their jobs. Also, we are facing tremendous challenges in repaying our loans," said Naveen Mittal, president of the Kota Hostel Association.

Kota's 70 per cent economy has been dependent on these students spending around Rs 2 lakh to Rs 2.50 lakh each per annum.

With around 3,000 hostels, over 25,000 PGs, around 1,800 mess and several cafes, tiffin centres, breakfast stalls and other businesses, the city was thriving as a coaching hub. Many residents here converted their homes into hostels and PGs.

Now around 80 per cent of the mess owners have downed shutters. The president of the Mess Association of Kota Jashmesh Singh said: "Thousands of people have become unemployed and have gone back to their native places. Running a mess for 4-5 students is difficult so most of them have downed their shutters."

Around 90 per cent of the students left Kota last year during the first wave of the pandemic. Many states arranged special buses and trains were also run to take away the students from the city.

However, January 2021 brought hopes of revival when around 45,000 students returned to Kota in the first two months of the year. Admissions started at the coaching institutes and students were asked to follow Covid behaviour. But the hopes were dashed in two months as a devastating second wave forced students to leave and all other facilities were shut due to the lockdown imposed in April. Although, the lockdown has been relaxed offline classes have not resumed yet.

Despite having over 10 mega, 50 small and individual coaching institutes in Kota, the students have resorted to online mode of education.

A senior representative of a coaching institute said that offline admissions have decreased but demand for online classes has soared. Also, their expenses on running offline classes have reduced considerably.

Mittal meanwhile said: "It will take around two years for us to come back on track."