Crisis In India’s IT Sector: Job Offers Expected To Fall By 20%, Salaries To Remain Stagnant 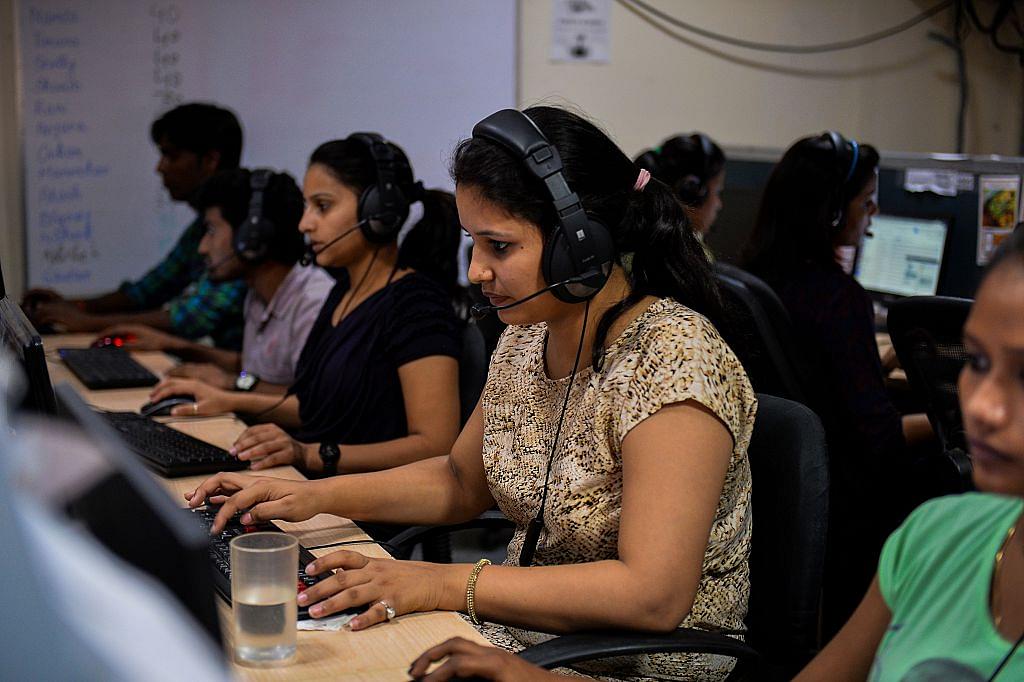 An Indian woman works at a call centre in Noida. (CHANDAN KHANNA/AFP/Getty Images)

All is not well in India’s IT (information technology) sector. For the September 2016 quarter, Tata Consultancy Services Ltd (TCS) reported a 1 per cent sequential growth in constant currency terms. Another IT giant, Infosys, slashed its annual revenue growth forecast for the second time in the last three months. This prompted Andy Mukherjee to pen the obituary of India’s IT sector. He writes in Mint:

The dominant trio of Tata Consultancy, Infosys and Wipro between them had 1.5 times more workers doing digital stuff last year than Accenture. But the revenue they garnered was 40% less than what the latter chalked up from newer technologies. That makes the typical digital-tech employee of an Indian vendor 25% as efficient as his counterpart at the global consultant. This gap sets the clock back on Indian companies, which have taken years to narrow the productivity differential.

If the doubts about the strength of India’s IT sector are true, how would it impact jobs in the country, given that the sector is one of the largest job providers for the youth?

It is already impacting campus placements. We know the entry-level salaries in IT firms today are the same as what they were five years ago. Now it seems like the jobs may start shrinking.

The Business Standard reports today (19 October) that campus placement offers could dip by at least 20 per cent. Salary growth is also expected to remain flat at mid-level engineering colleges. The condition of low-level colleges is set to be worse. Hundreds of such colleges have already shut down in the past couple of years.

During the economic boom of 2003-2008, mid-level engineering colleges expanded their capacity significantly. But they have had things too good for too long. It was so good back then that even students without a degree in computer science or IT got placed in these companies. But now, the sector is facing a crisis.

IT sector companies hire in hundreds from these colleges. For instance, last year alone, IT majors gave 7,947 jobs to the students of Vellore Institute of Technology. But this year, things are set to change. The report says that top three IT firms dole out around two lakh jobs every year, but this has fallen to 80,000 now.

For a country which boasts of being a pioneer in IT, this is very worrying.