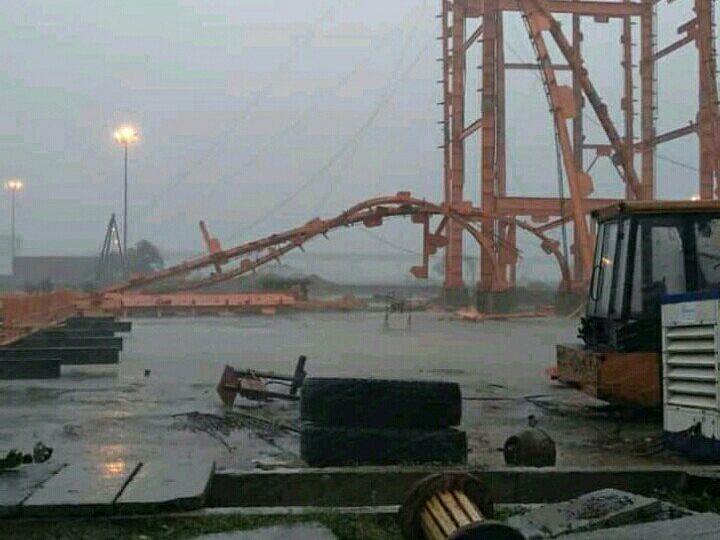 At least 75 passengers of a cruise ship in the Bay of Bengal were rescued by the West Bengal police while Severe Cyclone Bulbul raged on Saturday (9 November), Chief Minister Mamata Banerjee said.

"These people did not know about the calamity. The 24 Parganas South Police superintendent led the rescue," Banerjee told mediapersons at the special control room in the state secretariat Nabanna.

The passengers have been sheltered in Mousuni Island, located near Namkhana.

"The passengers and crew have said they do not need food, but only shelter. They will be there till the situation normalises," said the chief minister.

Banerjee informed that her administration rescued 1,64,315 persons from the low lying areas in the coastal districts.

The government has opened 1,215 kitchens, and deployed 16 disaster response teams, 1,335 civic volunteers, as also 94 boats for relief and rescue operations. Altogether, 2.40 lakh water pouches were supplied to the affected people.

"There has been a lot of damage. The cyclone ravage is spread around 200 km. We have to conduct a survey for which we will use a drone. Lots of thatched houses have collapsed, agricultural land damaged," she said.

She said there was no report of any human casualty in the coastal districts.

Iterating that major part of the cyclone has already crossed the state, Banerjee appealed to the people not to venture outdoors till the situation stabilises completely.

"Our control room will remain open through the night and also on Sunday. Four principal secretaries will monitor the situation from the control room all night," she said.