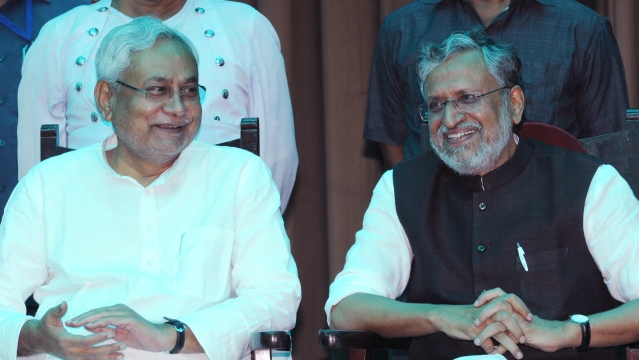 Putting an end to the Opposition's assertions of a faltering National Democratic Alliance (NDA) in Bihar, the Deputy Chief Minister (Dy CM) Sushil Kumar Modi said on Monday (22 July) that the Bihar Assembly elections, due next year, will be fought under the leadership of CM Nitish Kumar, reports The Hindu.

“Reports in the media often leave doubts in the minds of the people as to whether the NDA will remain intact or not. Let me tell the people of the State from this House that we will be contesting the Assembly polls next year under the leadership of Nitish Kumar,” said Modi.

The opposition had started to raise scepticism over the NDA remaining intact in the state in the view of Janata Dal United (JD(U)) refusing to join the Union Cabinet in the Modi Government's Cabinet for the second tenure.

Taking a snub on the opposition, Modi quipped, "Let there be no illusions. Nobody likes to ride a sinking ship."