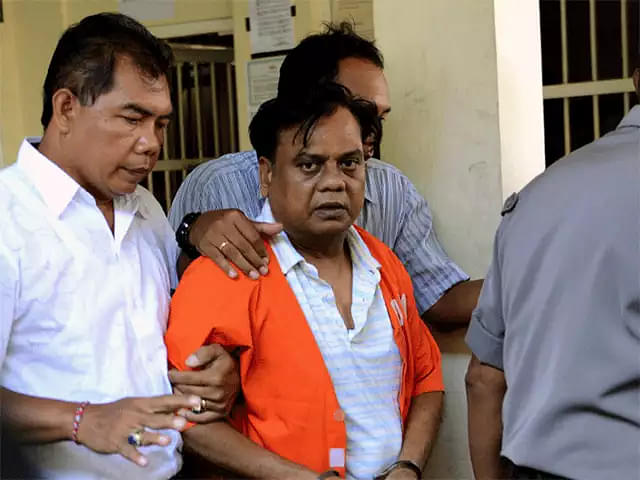 In what seems to be a fresh plot by underworld don and D-company member, Chhota Shakeel to kill arch-rival Chhota Rajan, security has been tightened at the New Delhi’s Tihar jail where the latter has been presently lodged. Shakeel, who operates along with his boss Dawood Ibrahim from his hideout in Karachi, has allegedly tasked an Indian module of the D-company to eliminate Rajan inside his Tihar cell.

Asked about the D-company's new plot, Director General of Delhi Prisons (Tihar), Sandeep Goyal said that security has been tightened in the jail where Rajan is kept. "I can only speak about the security. He (Rajan) is lodged in a Super High Security jail and all efforts are been taken by us to ensure foolproof security. But, I cannot comment on threat given to him," the senior IPS officer told IANS.

Sources said Rajendra Sadashiv Nikalje, known in the underworld as Chhota Rajan, has been kept in "Super High Security" jail number 2, guarded round the clock, exclusively by Tamil Nadu Special Police. "After the threat, Rajan's three cooks have been changed. Besides, cooked food served to Rajan, and his ration (including grain, edible oil and raw vegetables) is also been checked. A distance of at least 10 metres between him and others is being strictly maintained inside the jail," said a source.

According to the source, Bihar mafia don and four-time MP, Mohammed Shahabuddin is also lodged in Super High Security Jail no. 2. However, Rajan and Shahabuddin are not allowed to meet inside the ward which is monitored 24x7 by high resolution CCTV cameras.

Intelligence agencies had recently intercepted a telephonic call wherein Chhota Shakeel has been discussing a plot to eliminate Chhota Rajan inside the jail. The conspiracy reportedly discuses ways to poison Rajan in his cell. Shakeel and Dawood Ibrahim are of the view that Rajan has been an informer of Indian agencies who has been providing clues to the police about D-company's ongoing underworld activities, particularly about company's drug and fake currency smuggling which has its base in Nepal and Bangladesh.

Rajan, a former member of D-company, had a split with Dawood on communal lines after the 1993 serial bombings in Mumbai.

In late 2015, on a tip off by Australian police, Rajan was captured in Indonesia's Bali by Interpol and deported to India. Since then, for security reasons, Rajan has been lodged in Super High Security ward of Tihar. "It is the same ward where a few decades back, notorious criminal Charles Sobhraj was lodged. This ward is assigned to most hardened criminals," revealed a Deputy Superintendent level officer of Tihar.

According to him, these days, only Sujata Nikalje, wife of Rajan and his lawyers are allowed to meet the don. A strict vigil on Rajan's movement are monitored by Intelligence Bureau. A periodic review of his security is also analysed by Tihar administration and Intelligence agencies.