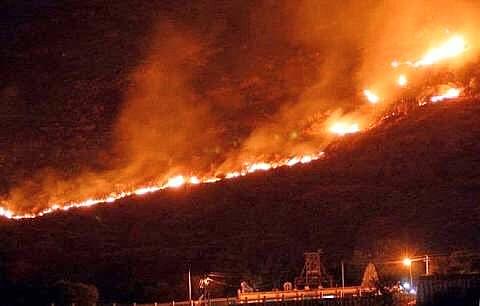 TheNewsMinute quoting a local police official reports that at least 9 trekkers have been charred to death in a deadly forest-fire in Kurangani area in Tamil Nadu’s Theni district.

The trekkers, reportedly comprising of both students and IT professionals, were caught in the forest fire on Sunday (11 March) evening.

According to the report, the trekking group consisted of 37 people including 26 women, eight men and three children. They were trapped in the raging flames when they were coming down the slopes from Bodinayyakanur.

27 people from the trekking party were rescued, with many survivors reportedly in critical condition having suffered serious burn injuries. Six of the victims hail from Chennai while the other three are from Erode.