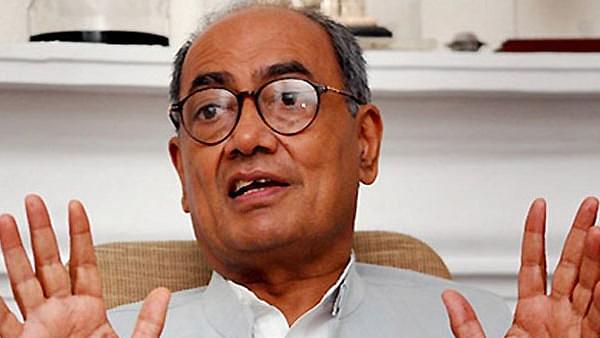 Senior Congress leader Digvijay Singh, who has been facing flak from the Bharatiya Janata Party (BJP) for his ISI comments, is now being slapped with criminal and defamation cases.

In Delhi, a defamation complaint was filed against the former Madhya Pradesh Chief Minister by the BJP legal cell for his alleged remark that the 'BJP and Bajrang Dal were taking money from Pakistan's spy agency, the Inter-Services Intelligence (ISI)'.

The petitioner stated that the senior Congress leader has committed a "grave offence" causing injury to the BJP, its leaders and the public at large by his defamatory statements.

"The language used in the statement is highly unethical, wherein the accused had caused mockery of the whole system. The statement that BJP is taking money from ISI naturally creates wrong impression in the minds of the general public as ISI is a spy agency of Pakistan, which is held to be inimical to India and who has established links with the several terror attacks in India. The comment of the accused has been made in categorical terms to defame the BJP party," the plea said.

In Uttar Pradesh's Kushinagar, a criminal case has been registered against Digvijay Singh at the Kasia police station.

The complaint has been lodged under Sections 153 A (promoting enmity between different groups on ground of religion, race, place of birth, residence, language), 295 A (outraging religious feelings or any class by insulting its religion or religious beliefs), 298 (uttering, words, etc., with deliberate intent to wound the religious feelings of any person) and 505 (intent to incite, or which is likely to incite, any class or community of persons to commit any offence against any other class or community).