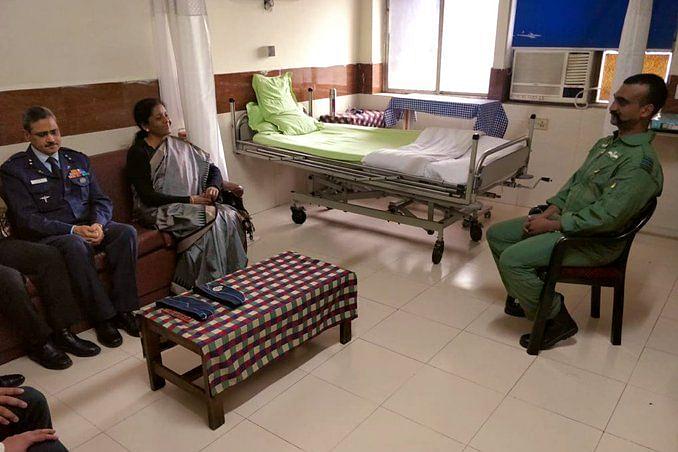 One day after his celebrated return from Pakistan, Wing Commander Abhinandan Varthaman was visited by Defence Minister Nirmala Sitharaman at RR hospital in Delhi. The Indian Air Force (IAF) pilot is understood to have explained Sitharaman the details about his nearly 60-hour stay in Pakistan.

As he arrived in India, Varthaman was taken to the Air Force Central Medical Establishment (AFCME) which is specialised medical evaluation centre for aircrew of all the three services as reported by Indian Express.

Hailing Abhinandan, Sitharaman tweeted “Jai Hind… Proud of you Wing Commander #AbhinandanVarthaman. The entire nation appreciates your valour and grit. You held your calm in the face of adversity. You are an inspiration to our youth. Salute. Vande Mataram.”

A day after India conducted air-strikes at Jaish-e-Mohammed (JeM) camp in Balakot, Varthaman was captured by the Pakistan Army after his MiG-21 Bison was shot down as he chased Pakistan Air Force intruders.