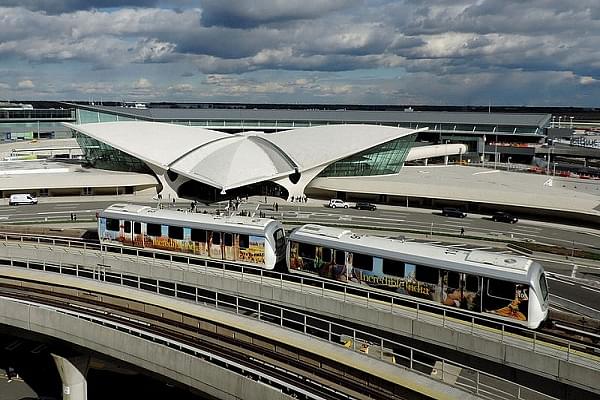 Representative image of an air train at the JFK International Airport. (Pic by Jim Henderson via Wikipedia)

Delhi’s Indira Gandhi International (IGI) airport will get an air train in the coming years to connect its different terminals, reports Financial Express. Delhi International Airport Limited (DIAL), the company which operates the airport, is currently in the process of finalising the route for the network.

Apart from the terminals, the air train will also connect Aerocity, the commercial complex close to the airport.

The air train network may consist of four stations, including one at the cargo terminal to provide seamless connectivity with Delhi Metro. The other three stations will be at the two existing terminals of IGI, as well as at the upcoming T4 terminal.

It is expected that the air train network will run for a total length of 5.1 kilometres, with 1.2 of that being underground. Currently, it is not known what the target date for completion of the project is, as it has already been delayed since 2016, when the original deadline was set as 2020.

DIAL has already approached the world’s top ‘automated people mover’ companies to plan the implementation of the system; companies from Europe and Japan are involved in exploring technologies for the project.