Delhi: Bomb Explodes In Violent Protester’s Hand Before He Could Throw It To Protest Against CAA 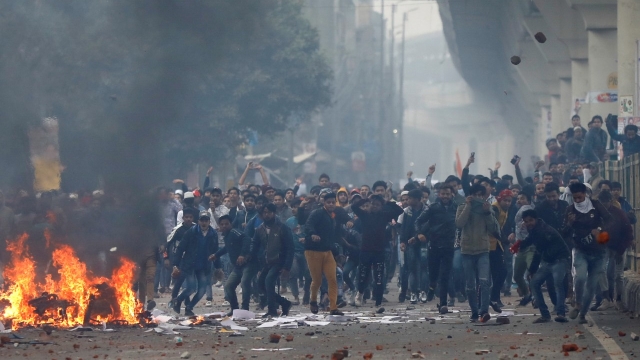 A bomb is said to have exploded in the hands of a violent protester’s hand before he could throw it in a bid to protest against the Citizenship Amendment Act (CAA). The incident is said to have happened in Delhi’s Seelampur.

A video of the said incident was shared by BJP Delhi’s youth state secretary Abhiemanyu Tyagi.

It was reported yesterday (17 December) that a large mob descended on the streets of Delhi’s Muslim dominated Seelampur. The mob soon turned to violence by pelting stones on vehicles including school buses and assaulting cops.

The mob was also heard chanting Allahu Akbar and the police force was heavily outnumbered against the violent mob.

The miscreants also vandalised a couple of Delhi Transport Corporation (DTC) buses along with some private vehicles.