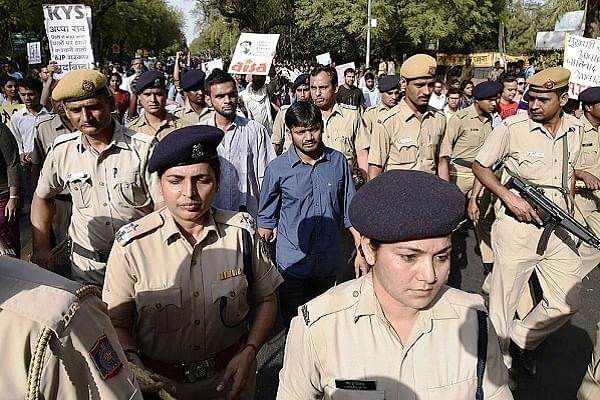 WIth the Aam Aadmi Party (AAP) led Delhi Government's Home Department delaying the grant of sanction to the Delhi Police to prosecute Kanhaiya Kumar and others in the infamous 2016 sedition case, a court in New Delhi on 23 July granted the police two more months to get the sanction from the government, reports PTI.

The court's judgment came after the Delhi Police apprised the court of its inability to take the case further given it has not received any information from the Delhi Government's Home Department regarding the sanction.

The court led by Chief Metropolitan Magistrate Manish Khurana also sought a status report from the Deputy Commissioner of Police in the matter, while posting the next hearing on 18 September.

The Delhi Police had filed a charge sheet against Kumar and others including JNU students Umar Khalid and Anirban Bhattacharya in the case on 14 January. The police had asserted in their charge sheet that the persons involved were leading a procession and supported seditious slogans at an event held in JNU campus on 9 February 2016.