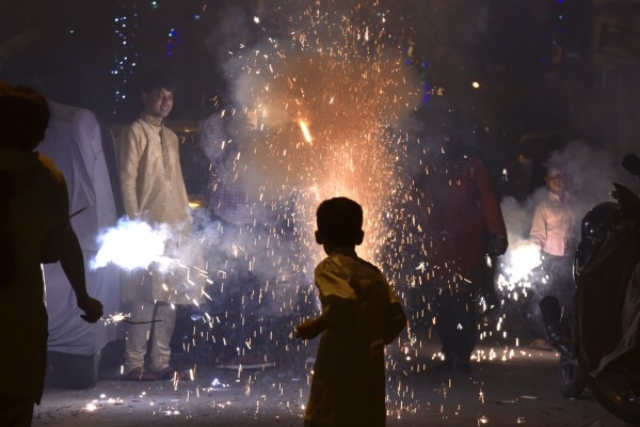 To ensure implementation of the Supreme Court's directives, Delhi Police went on a major drive in the run-up to the festival, carrying out raids in search of illegal fireworks and arresting the violators.

The Delhi Police swung into action much ahead of Diwali to ensure that the orders of the Supreme Court are adhered to, and on Diwali itself, the Commissioner was out on the roads from 9 pm to inspect the security arrangements and encourage the personnel working on the festival day, he said.

Patnaik went around the Deen Dayal Upadhyay Marg, IP Estate, the Police Control Room in Central Delhi district, the Police HQs, Connaught Place, the Chilla outpost on the Delhi-Noida border in East District, Haiderpur, and various other places. He continued on his rounds till midnight.

A total of 56 cases were filed for violation of the Explosives Ordinance, and 44 people were arrested in this connection. The Control Room received 940 calls reporting big and small matters.

Mittal also told IANS that the licensing branch and the district police carried out joint operations to seize illegal fireworks and had seized nearly 10,000 kg of these.