Women Rioters Invited Him For Talks, Removed His Helmet And Attacked Him With Rods: Wife Of Injured DCP 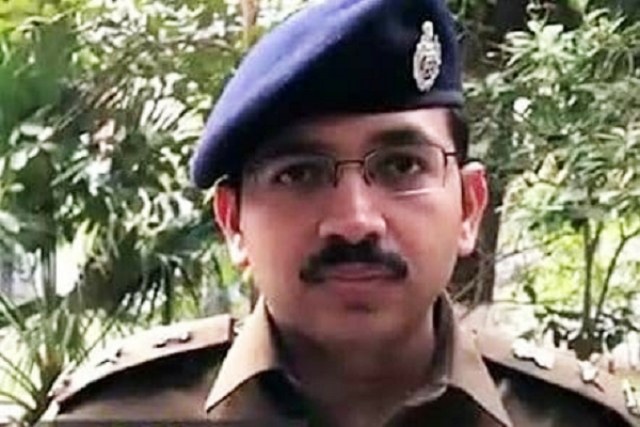 The Northeast Delhi rioters who grievously injured DCP Amit Sharma in Gokulpuri on 24 February had pre-planned the attack, as per his wife Pooja Sharma, News18 has reported.

She added that after he obliged and went for the meeting, the women suddenly surrounded him, followed by men. Suddenly, one of the woman rioter pulled away his helmet and he was attacked with hockey sticks and iron rods. His wife adds that the rioters were also carrying knives and pistols.

The DCP fell unconscious due to the attack and it took a heroic effort by ACP Anuj Sharma who bravely rescued him despite having suffered injuries himself. The relentless mob though kept pelting stones on the cops even when they were retreating with the injured DCP.

The Delhi police has now recovered videos which capture the brutal assault against cops. In the video a mob of Burkha clad women can be seen pelting stones on Delhi police officials and the cops subsequently taking the injured DCP to safety.

#UPDATE:. @DelhiPolice found one more video - injured DCP Amit Sharma was taken by all the police personnel from North-East Delhiâs Chand Bagh area after he was attacked. @IndianExpress, @ieDelhi pic.twitter.com/gSl0GUx3sn

DCP Sharma suffered serious head injuries during the attack and had to undergo a surgery. His health remains critical and recovery is expected to take three more months.

His wife informs that the DCP has suffered a damage to the left side of his brain and it is only now that the family is being permitted to see him.