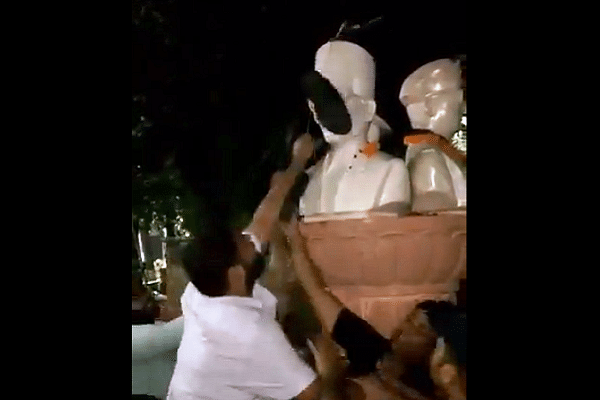 Leaders of the National Students Union of India (NSUI), the student body of the Congress, desecrated the statue of Veer Savarkar by blacking its face and putting a shoe garland around it, India Today has reported.

The incident is said to have occurred on the intervening night of Wednesday and Thursday (22 August) and involved around 20 NSUI activists. They later boasted about their actions on Twitter.

This statue was erected by ABVP activists on Monday night (19 August) along with the busts of Bhagat Singh and Netaji Subhas Chandra Bose. The DU administration had not given permission for the monument despite various requests by the ABVP leaders.

After the statue was erected, the NSUI objected against placing Savarkar’s bust alongside that of Bhagat Singh and Netaji and claimed they had to take matters in their own hands after the university administration allegedly remained unresponsive.