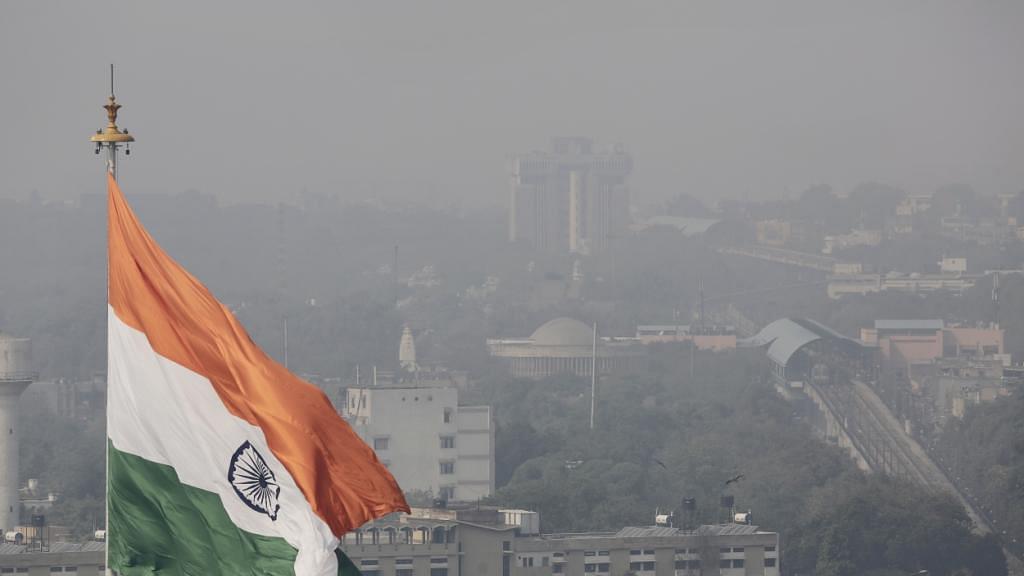 Bright sunshine broke through the thick Delhi smog on Monday (4 November) afternoon as brisk wind speed brought some relief from the choking conditions in the national capital, as the AQI moderated to 534 from overall 700+ on Sunday.

Delhi's AQI has moderated to 534 levels much lower than the levels seen a day ago, according to Safar India.

According to Safar India, a significant improvement was expected by Monday afternoon as very high boundary layer wind speed of 26 kmph was also observed early morning.

A fresh Western Disturbance is approaching north India and scattered rainfall and change in wind direction is expected by 8 November in Delhi region likely to positively influence AQI, the Met report said.

In cloudy days like Sunday, in the absence of sufficient solar radiation, the mixed layer continued to be very low even during the daytime, arresting pollutants firmly.

It is a unique condition because such a process is characteristic of the colder foggy period of December-January, the Safar forecast said.

Stubble burning on Sunday had the highest share in terms of the absolute number of PM2.5 of 120. This along with secondary particulate formation due to drizzled calm winds notched the seasons' high PM2.5 levels to "severe plus".