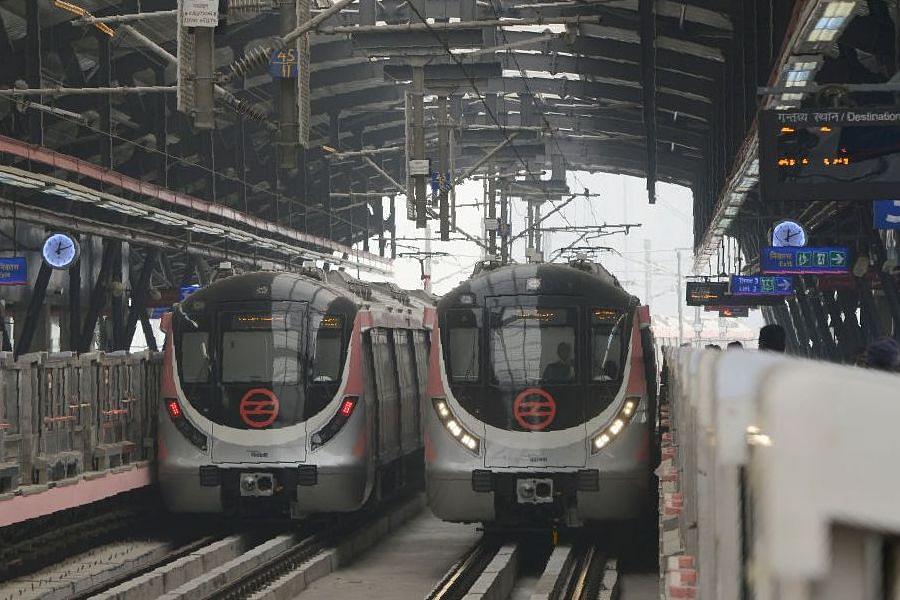 Safety inspection of the 9.7-km Lajpat Nagar-Mayur Vihar Pocket-1 section of the Pink Line's Majlis Park-Shiv Vihar corridor will be likely conducted next week by the Commissioner of Metro Rail Safety (CMRS), reports Times of India.

Once the safety audit is done and the route is cleared for operation, Delhi Metro Rail Corporation (DMRC) is expected to open the section to the public as early as this month itself.

The new Hazrat Nizamuddin metro station, a part of the Lajpat Nagar-Mayur Vihar Pocket-1 stretch of the Pink Line, is likely to begin operations this month.

“The nearest metro stations at the moment are 3-4 kilometres away, but the new station at Hazrat Nizamuddin will change that,” observed Anuj Dayal, executive director (corporate communications), DMRC.

Delhi Metro's presence will add to the significance of the area as a transport hub, given the plans to have the three high speed corridors of the proposed Regional Rapid Transit System meeting at Sarai Kale Khan and connecting Delhi with Meerut, Panipat and Alwar by 2024.

As per the report, around 50,000 individuals are expected to use this metro stop, so the station has three atria, unlike the two in most others on the Pink Line.

“We have provided whatever facilities we could wherever possible for commuters,” insisted a DMRC official. “There are two elevators, apart from escalators at the entry/exit point closest to the railway station so that passengers don’t have to carry their luggage.”