Delusions Of Grandeur? Anna Hazare Claims BJP Is In Power Because Of His Lokpal Agitation 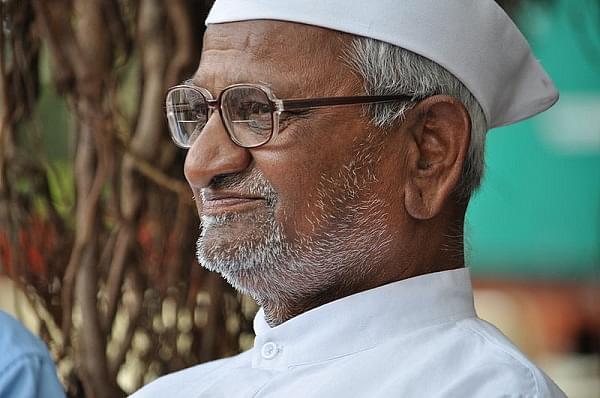 Hazare, who has been on a hunger strike for six straight days, was addressing journalists gathered at his home village of Ralegan Siddhi.

He stated that both the BJP and AAP were able to achieve power by exploiting his agitation for the Lokpal and Lokayukta Bill. He accused them of betraying him by not instating any ombudsmen.

“The BJP and AAP are in power because of my agitation over the Lokpal and Lokayukta Bill. But now, the ruling BJP leaders are silent on the issue. They seem to have developed an allergy towards getting ombudsmen appointed,” Hazare claimed.

He also accused the Modi government of violating constitutional norms and attempting to turn the government into a dictatorship.

Hazare said that even if the current NDA government were to be defeated in the upcoming Lok Sabha polls and replaced by the Congress, there was no hope for any major change.

He further remarked that he had asked central as well as state ministers to not come to meet him as they could not offer anything concrete.“I have told them that unless they come with a concrete proposal that the Centre would appoint a Lokpal and immediately look into the interests of farmers, it is pointless trying to persuade me to give up my fast,” he stated.

Maharashtra Chief Minister Devendra Fadnavis has meanwhile exhorted Hazare to end his fast, stating that the government had acceded to his demands and they were under serious consideration by the centre.

Fadnavis also accused some political parties of trying to exploit the situation for their own gain.