Devendra Fadnavis Resigns As Maharastra Chief Minister, Says BJP Government Will Soon Be Back In The State 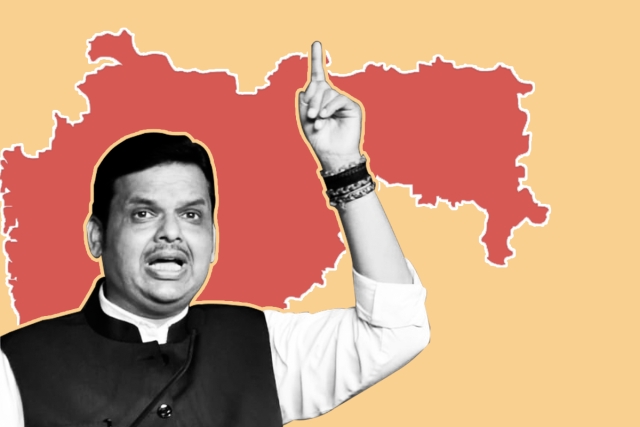 Having submitted his resignation as Maharashtra Chief Minister to Governor B S Koshyari, BJP leader Devendra Fadnavis on Friday (8 November) declared that there was never any talk of sharing the post of the CM between it and his Bharatiya Janata Party.

"There was no talk anytime before me over sharing the post of CM for two-and-half years each between the two parties... (Union Minister) Nitin Gadkari and I spoke with BJP President Amit Shah who also said there was no such commitment on this," he told the media.

Fadnavis also asserted that the state will soon get a BJP government.

Submitted my resignation as Maharashtra CM to Hon Governor Bhagat Singh Koshyari ji.
Hon Governor asked me to function as the caretaker CM till the alternative arrangements are made.@BSKoshyari

He also deprecated the fact that despite being in government at the Centre and state for the last more than five years, some leaders of the Sena have been continuously targeting BJP leaders, including Prime Minister Narendra Modi, using foul and demeaning language.

"The kind of words and language used by the Sena has never been done even by the Opposition parties. It is regretful. This was not expected of the party which is in alliance at the centre and state, and accepts Modiji as its leader," Fadnavis said.

"Each and every BJP leader and worker is pained by this. It is wrong on their part... we can't tolerate such language against our leaders. If they think we cannot give them a reply, they are mistaken. We can give them a befitting reply in even harsher language, but we restrain ourselves. Its not in our culture. In such circumstances, it's difficult to say how to run the government with them," he added.

We will soon give a Government to the people of Maharashtra, which they expect from us and is also the need of the mandate !

Fadnavis also noted that immediately after the election results, Sena President Uddhav Thackeray had stated that all options were open before them for forming the government.

"This was like a big shock for us. We had gone to the people unitedly and the people have voted jointly for the BJP-Sena, under the leadership of Modiji. It was traumatic for us, but I made it clear in the beginning that it will be again a 'Maha-Yuti' government," he added.

Later, he said the Sena started making all kinds of statements, was talking to all other parties but the BJP, Thackeray refused to take his phone calls and "from this, it appears they don't want to continue the alliance with us".

However, to a question, he categorically said that this did not mean that the alliance with the Sena is broken and declared it "is very much on."

Reacting to Fadnavis' charges, Sena MP Sanjay Raut said that party chief Thackeray would reply to this later in the evening.

Political circles said that Fadnavis' statement could further complicate the political logjam over government formation in the state as the tenure of the assembly is set to expire on 9 November.