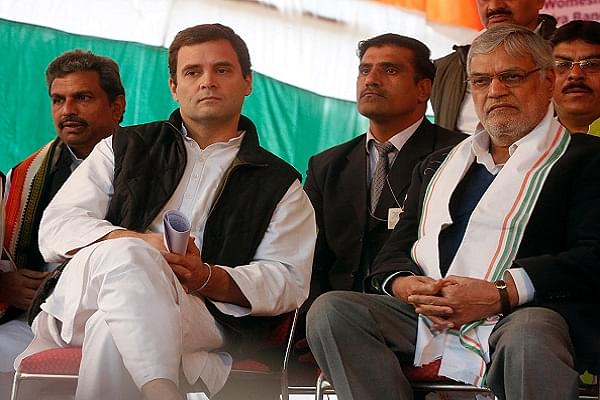 Rahul Gandhi and C P Joshi during a protest at Jantar Mantar in New Delhi. (Photo by Ravi Choudhary/Hindustan Times via Getty Images)

Senior Congress leader from Rajasthan, C P Joshi, has backtracked on his controversial statement about the Prime Minister Modi, Union Minister Uma Bharti and Sadhvi Ritambhara being of lower caste, reports The Hindu.

In what appeared to be a pre-meditated turn of events, Joshi tweeted an apology for the remarks he had made at a public meeting at Sema village, Nathdwara after Congress chief Rahul Gandhi criticised his comments on Twitter saying they were against Congress party’s spirit.

He added that party leaders should not say anything to hurt any segment of society. “While respecting the Congress party’s principles and the sentiments of party workers, I am sure Joshiji will realise his mistake. He should express regret over his remarks,” Gandhi tweeted.

“In this country, if anyone knows about religion, it is the pandits and the brahmins," he added. Joshi made on a public apology on Twitter following the rebuke.