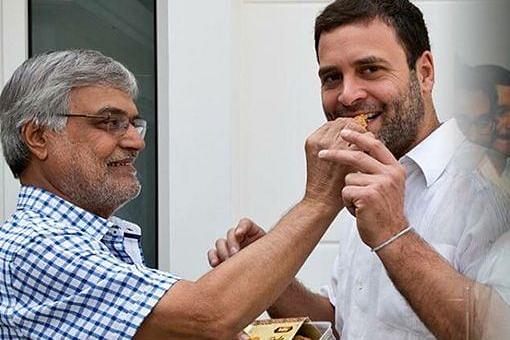 In a the video, the Congress leader is seen disparaging the low-caste origin of Prime Minister Modi, Union Cabinet Minister Uma Bharti and Sadhvi Rithambara. He attacked them for talking about Hinduism and said that “only brahmins are learned enough to speak about Hinduism."

Shameful statement by Congress Leader CP Joshi. Implies what does a lower caste person like Modi know about Hinduism as only Brahmins are true custodians of Hinduism ! pic.twitter.com/JKhoKdYnnx

Just a day before, CP Joshi claimed that only a Congress prime minister will have the will to build a grand Ram temple in Ayodhya. Joshi credited his party president’s father and late Prime Minister Rajiv Gandhi with opening the lock of the Babri Masjid premise and allowing religious rites inside the disputed structure.

Joshi is being touted as a prominent ‘Brahmin face’ by the Congress party. He was a cabinet Minister in Manmohan Singh led UPA government and is known to be a trusted lieutenant of party president Rahul Gandhi.