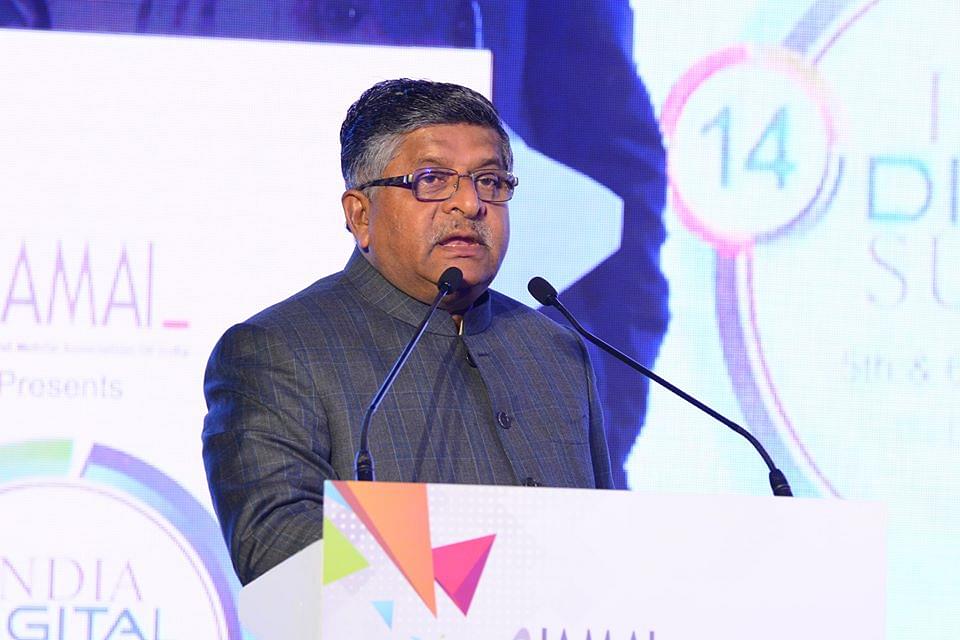 Union Electronics and IT Minister Ravi Shankar Prasad on Wednesday (22 July) said that digital platforms anywhere in the world should be accountable and responsive towards the sovereign concerns of countries, such as defence, privacy and security of citizens.

In his address at the virtual meeting of G20 Digital Economy Ministers, hosted by Saudi Arabia which is holding the presidency of G20, he emphasised on data-related issues and sovereign rights of countries to protect data privacy and security of its citizens.

Prasad mentioned that India is soon going to put in place a robust personal data protection law which will not only address the data privacy-related concerns of citizens but also ensure availability of data for innovation and economic development.

In view of these concerns, the digital platforms having presence in many countries must become trustworthy, safe and secure, he said.

Last month, the Indian government had banned 59 Chinese apps including TikTok, WeChat and UC Browser and Xiaomi's Mi Community over national security concerns amid the border tussle at Ladakh which also led to the death of 20 Indian soldiers in the Galwan Valley clash with Chinese PLA troops.

Prasad also said that there is the need for building trustworthy Artificial Intelligence systems that can transform the society.

Further, in the wake of Covid-19 pandemic, he emphasised the need for building a resilient global supply chain and shared the government's vision for making India an attractive destination for investment closely integrated with global supply chains.