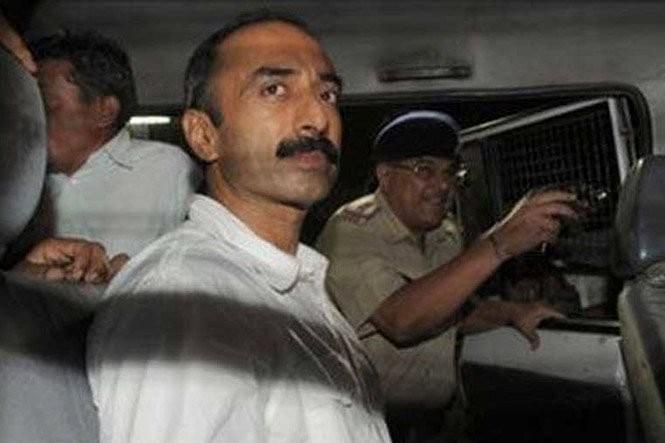 Ex-IPS officer Sanjiv Bhatt who was arrested in September last year on charges of falsely implicating a lawyer Sumersingh Rajpurohit in a drug case was denied bail by the Supreme Court on Thursday (9 May), reports New Indian Express.

Rajpurohit, a Rajasthan based lawyer, was arrested in 1996 over charges pf possession of drugs from a hotel room where he was staying, It is believed that Bhatt who was the then Superintendent of police in Banaskantha district at that time framed the lawyer to compel him to transfer a disputed property located at Pali in Rajasthan.

The three-member bench, presided by CJI Rajan Gogoi, Deepak Gupta and Sanjiv Khanna of the Apex court concluded that the case lacks merit while rejecting the bail plea and said “In view of the liberty granted to Bhatt by the high court in paragraph 38.3 of the order that if the trial does not get concluded within the period of six months, the applicant shall be at liberty to approach this court once again, we are not inclined to interfere.”

Bhatt, a staunch critic of Prime Minister Narendra Modi was suspended in 2011, and charged with remaining absent from active duty and for misuse of official vehicles. He was eventually sacked in 2015.

Bhatt had approached Gujarat high court in December last year for a bail which too was rejected. The 23-year-old drug case was filed by former police inspector IB Vyas when he lodged a petition with Gujarat High Court in 1999.