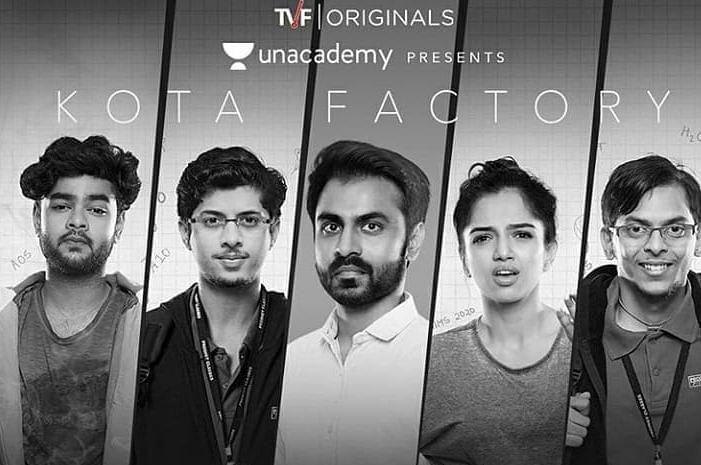 The first episode was released on 16 April saw 4.6 million impressions and the second episode, released on 23 April received more than 2.1 million views in just 24 hours. (image via Facebook)

The first black and white web series in India, the Kota Factory is released by The Viral Fever (TVF) platform and dives into the lives of IIT aspirants based in the coaching centre industry of Kota.

The first episode was released on 16 April saw 4.6 million impressions and the second episode, released on 23 April received more than 2.1 million views in just 24 hours on the video sharing platform.

Show creator Saurabh Khanna and writer Abhishek Yadav even visited IIT Powai to introduce the show to students and experience a feel on the ground with the cast.

The show starring Mayur More, Ahsaas Channa and Jitendra Kumar has successfully able to impress the audience through their exiting story paired up with a star-spangled cast.