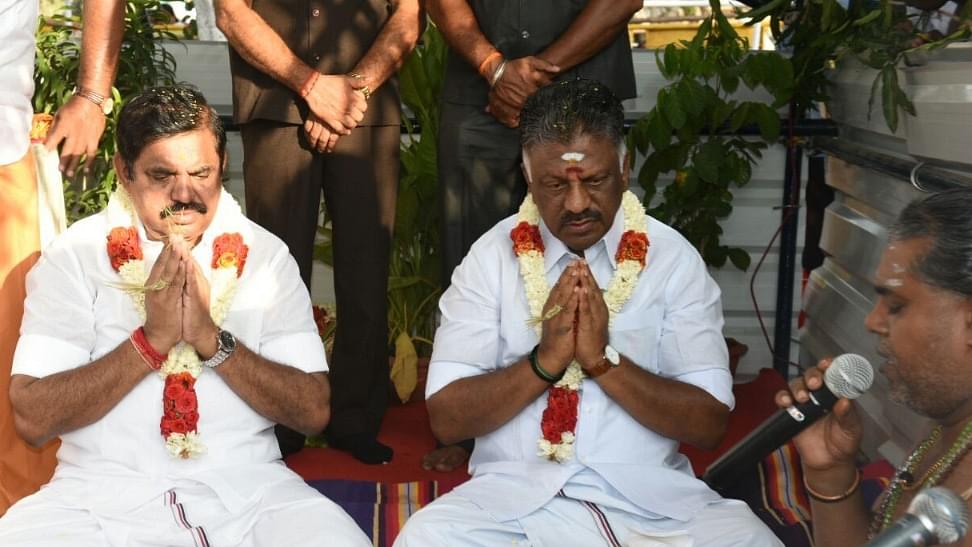 The Dravida Munnetra Kazhagam (DMK) has accused Tamil Nadu Chief Minister (CM) EK Palanisamy and Deputy CM O Panneerselvam of violating the secular fabric of the country by conducting a Hindu stone laying ceremony for the Jayalalithaa memorial in Chennai, The News Minute has reported.

The erstwhile TN CM and All India Anna Dravida Munnetra Kazhagam (AIADMK) leader, Jayalalithaa, currently lies buried next to her mentor MG Ramachandran in a temporary structure on the Marina Beach. Being built at an estimated cost of Rs 50.8 crore, the new, grander memorial will replace the current structure. The new mandapam will be called ‘The Phoenix’ and will also house a knowledge park and a museum.

The CM and Deputy CM today (7 May) laid the foundation stone for the memorial in a ceremony on Marina Beach and a yagna and special prayers were conducted ahead of the ceremony.

However, it evoked opposition from the DMK which termed it as an attempt by the AIADMK to curry favour with the BJP.

DMK spokesperson A Saravanan said, "Conducting a religious ceremony of this nature in a government function is not acceptable. It is against the secular fabric of the country. As a party, they are allowed to do what they want but this is state property and there is no place for religious symbols. State and religion must be kept separate."