$20 Billion Revenue By 2021: Infosys Sets Itself A Nearly Impossible Target 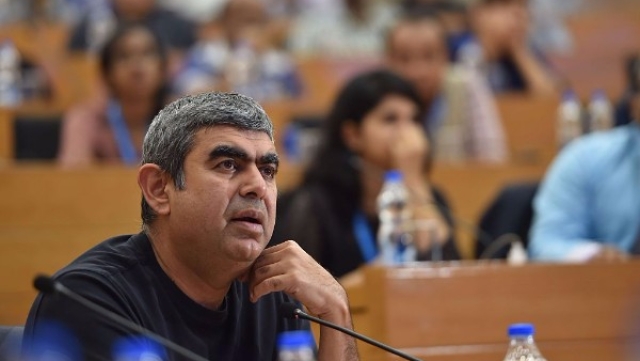 In a bid to achieve the target of becoming a $20-billion firm by 2021, Infosys has linked its chief executive officer’s (CEO) salary to the trajectory of the firm’s growth.

The Bengaluru-based firm, which earns an annual revenue of $9.5 billion, is expected to grow at 9.5 per cent in the next few years. The average revenue per employee, which is currently $50,700, should grow to $80,000 for the firm to achieve its goal by 2021.

Interestingly, the company will need to grow at over 18 per cent to achieve this target. At a time when tech firms in the country are struggling to report a double-digit growth, achieving a growth rate of 18 per cent is a mammoth task.

Varun Sood, writing for Livemint, says the decision to link the salary of the current Infosys CEO, Vishal Sikka, to the company’s long-term target means ‘putting its skin in the game.’ This is significant because it amounts to making the CEO a stakeholder in the bid.

Sikka’s annual compensation of $11 million includes a $3 million fixed salary and an $8 million variable component. As the CEO’s variable compensation will depend on the firm’s growth, he will be an equal stakeholder in the growth process.

If the firm continues to grow at the current rate of 9.5 per cent annually, it will end up with a $10.4 billion revenue at the end of March 2017.