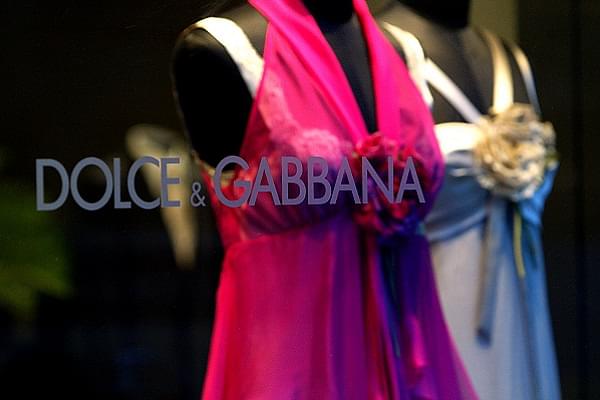 With hashtags #DGLovesChina and #DGTheGreatShow, the high profile ad campaign featured a series of photographs and videos featuring a fashionably decked up Asian model dressed up in the brand’s garments and accessories clumsily using chopsticks to eat Italian food such as pizza cannoli and spaghetti.

The ad campaign caused a huge backlash among Chinese social media users who dubbed the imagery used as perpetuating racist stereotypes of China and accused the fashion house of an appalling lack of understanding of Chinese culture.

The anger was further exacerbated when an Instagram user called “diet prada” posted a screenshot of an online conversation from the Instagram account of designer and co-founder Stefano Gabbana in which China was described as “a country of s***”.

Gabbana apologised claiming that screenshots were posted by a hacker. The fashion powerhouse also apologised for causing offence, saying it respects China, and attributed some of the problems to hacked social-media accounts. The brand also said that Shanghai fashion show was “something that we created especially with love and passion for China”.

In protest against the controversial ad campaign, a number of high-profile Chinese celebrities announced they would boycott the event.

The Central Committee of the Communist Youth League demanded Dolce and Gabbana “respect Chinese people” as the basic principle of foreign enterprises investing in China.