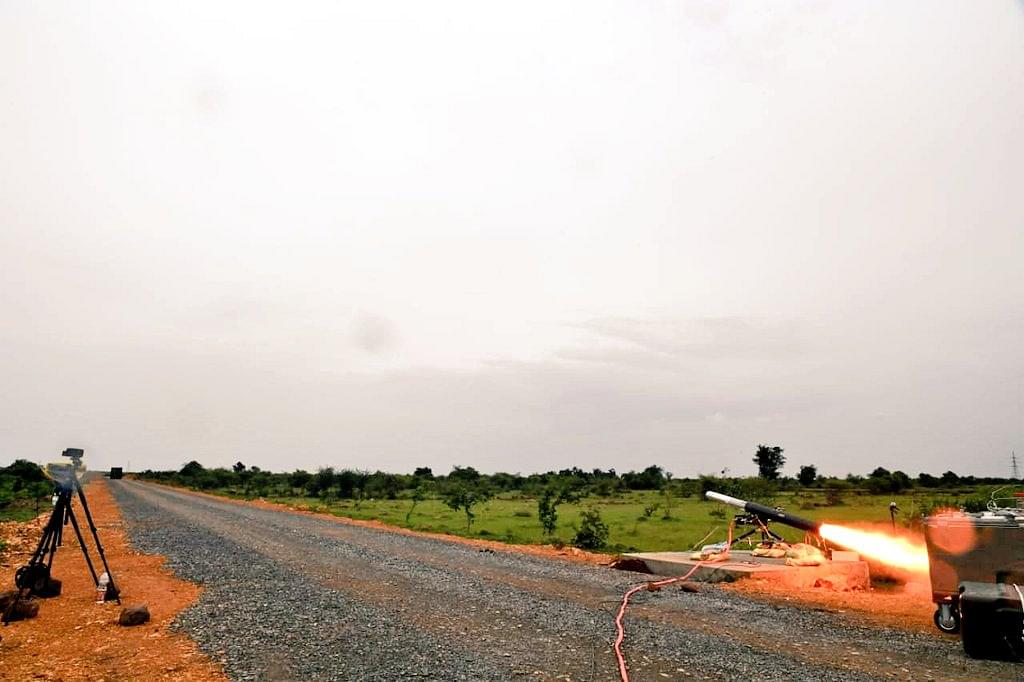 In a boost to the anti-tank capabilities of the Indian Army, the Defence Research and Development Organisation (DRDO) on Wednesday (21 July) successfully test fired the indigenous low-weight, fire and forget, man-portable anti-tank guided missile (MPATGM).

The low-weight missile was launched from a man-portable launcher integrated with thermal site and target was mimicking a tank.

The target was neutralised in direct attack mode. With the test, the DRDO has successfully validated the minimum range of the MPATGM.

The development comes as the DRDO has already successfully flight-tested the MPATGM for maximum range.

"All the mission objectives were met. The missile (Man-Portable Anti-Tank Guided Missile) has already been successfully flight-tested for the maximum range. The missile is incorporated with state-of-the-art Miniaturized Infrared Imaging Seeker along with advanced avionics," DRDO said in a statement, reports Livemint.

According to the reports, the MPATGM, which is launched using a tripod, is designed for a maximum range of 2.5 km with a launch weight of less than 15 Kg.

Control Flight Tests of the MPATGM have been successfully carried out and Guided Flight Tests (with IIR Seeker) are planned, it added.