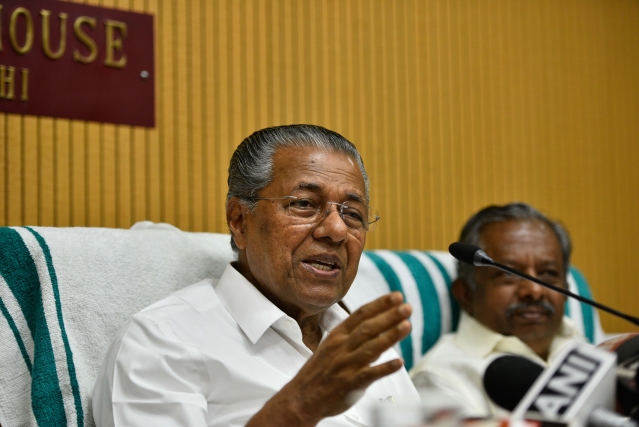 A clean chit was given to Indian Police Service (IPS) officer Chaitra Teresa John who was facing a departmental probe for raiding the office of the ruling Communist Party of India (Marxist). Chief Minister of Kerala, Pinarayi Vijayan, had earlier slammed John for raiding the party premises. Vijayan claimed that the raid was “orchestrated” in order to "tarnish" the image of those in politics.

The Chaitra-led police team came tracing leaders of DYFI, the youth wing of CPI(M), who were reportedly involved in alleged stone pelting in the city’s police station.

"Some vested interests have an inclination to tarnish the image of those in politics, and there have been occasions when some people have fallen for such tendencies. A democratic society can go forward only after rectifying such outlooks," claimed Vijayan, reports Deccan Chronicle.

Furthermore, a complaint was received from the party district secretary concerning this case. However, John was given a clean chit by the probe panel with the Leader of the Opposition saying that her raid was legal and any action against the officer would send a wrong message and would amount in demoralising the police force, reported News 18.