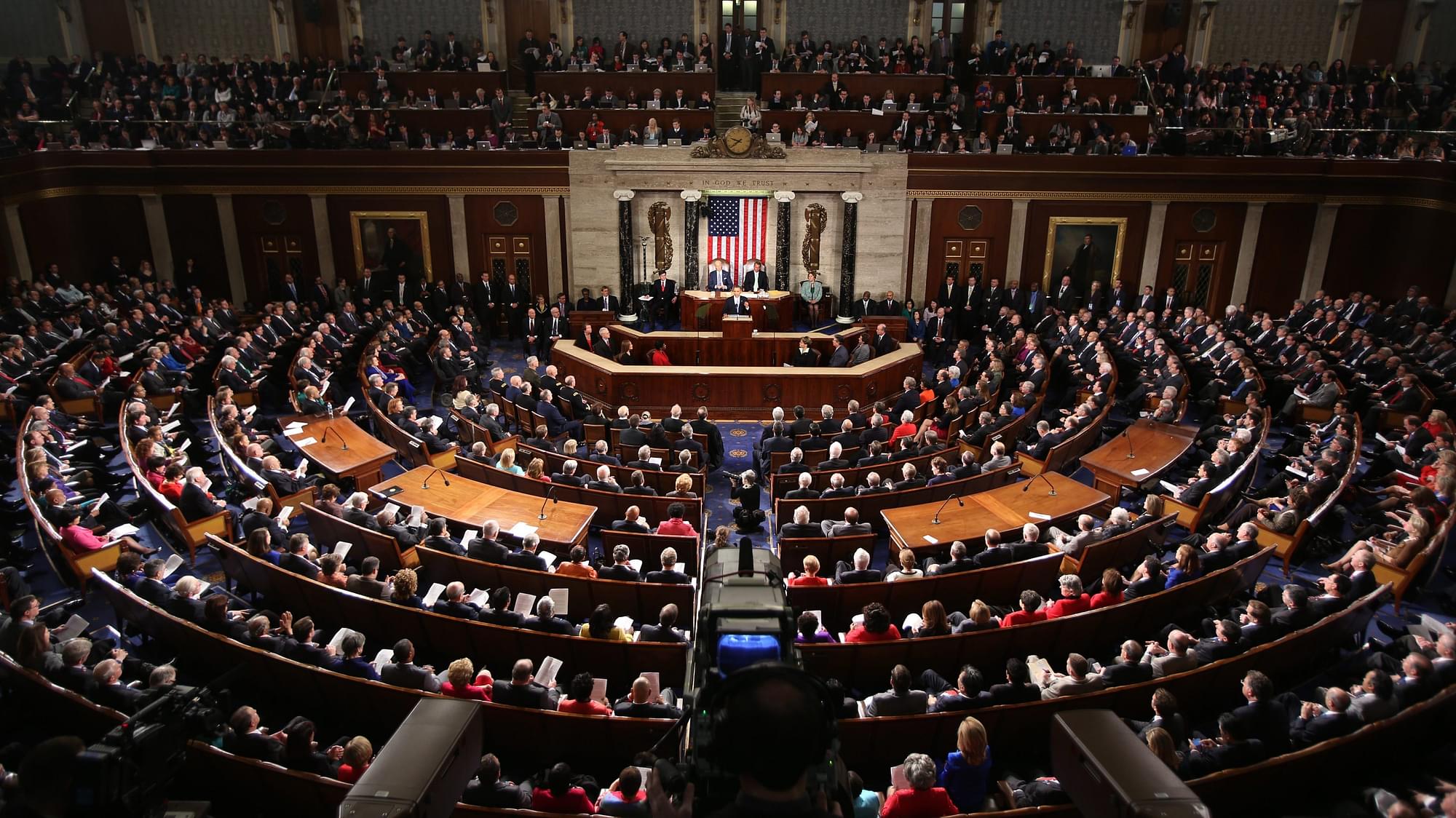 A joint session of the US Congress. (Picture credit: Washington Report Archives)

Identical bills have been introduced in both houses of the US Congress to bring an end to country-wise green card quotas, reports The Hindu. If the bills succeed in being passed into law, it would bring cheer to many thousands of Indian professionals currently working on H-1B visas in the country, who, under the existing system, have to wait many years to receive permanent residency.

The legislations are being supported by large tech companies such as Google and corporate entities like the US Chambers of Commerce.

Some studies have shown that Indian professionals falling into certain categories currently face a waiting period of up to 151 years to receive green cards. The United States issues 140,00 green cards each year to employment-based immigrants, but the present system restricts the maximum percentage of this number which can go to any one country’s citizens to seven per cent.

This puts those from more populous countries such as India and China at a huge disadvantage in terms of waiting time to receive a green card, while citizens from smaller countries can get permanent residency much faster.

Harris remarked on the US having traditionally been a country of immigrants and stated, “We must do more to eliminate discriminatory backlogs and facilitate family unity so that high-skilled immigrants are not vulnerable to exploitation and can stay in the US and continue to contribute to the economy.”