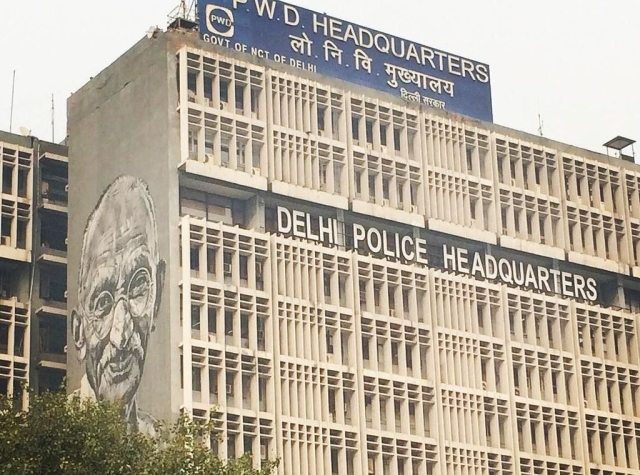 With Assembly elections in Delhi scheduled to be held in February, will Delhi Police Commissioner Amulya Patnaik, who retires on 31 January, get a service extension? Only the Election Commission can answer this question.

In fact, a letter went viral on social media on Tuesday (14 January) afternoon. Dated 8 January, the letter issued by the Deputy Secretary in Delhi government's Ministry of Home Affairs, said, "Amulya Kumar Patnaik, a 1985 batch IPS officer and Delhi Police Commissioner, is completing his regular service on 31 January, 2020. So, as per rules, he will retire from the post of Delhi Police Commissioner on this date."

A copy of this special order has been sent from the Office of the Lieutenant Governor of Delhi to the Union Home Ministry.

Discussions on the commissioner's retirement ahead of the Assembly polls got just more animated in Delhi Police and the country's IPS lobby.

Questions doing the rounds include -- Who will be the next Police Commissioner after Patnaik? Will the AGMUT cadre have an IPS officer or will it be someone from outside Delhi?

As soon as the order became viral, the question also emerged that when elections have been declared in Delhi, then how can Amulya Patnaik leave the post in such a situation?

In response to this question, on Tuesday (14 January) night, a special commissioner-level officer of Delhi Police, on the condition of anonymity, said, "Amulya Patnaik will retire on 31 January, 2020 due to the implementation of the Service-Manual and Code of Conduct. It is fixed."

But will Patnaik get service extension in view of the Assembly elections in the state? And, will Patnaik's chair be handed over to some other IPS officer?

Late Tuesday night, IANS spoke to a top police officer, who on the condition of anonymity said, "Patnaik's retirement order is genuine, 10-12 days before the retirement of the head of any department, such orders are issued as per rules."

The police officer's remarks came on a speculation that Patnaik's retirement order was "fake".

The police officer further said, "It was also necessary to issue this order by the Ministry of Home Affairs of the Delhi Government, so that the Election Commission could find an alternative to Patnaik and ensure that there is a commissioner in the chair of Delhi Police."