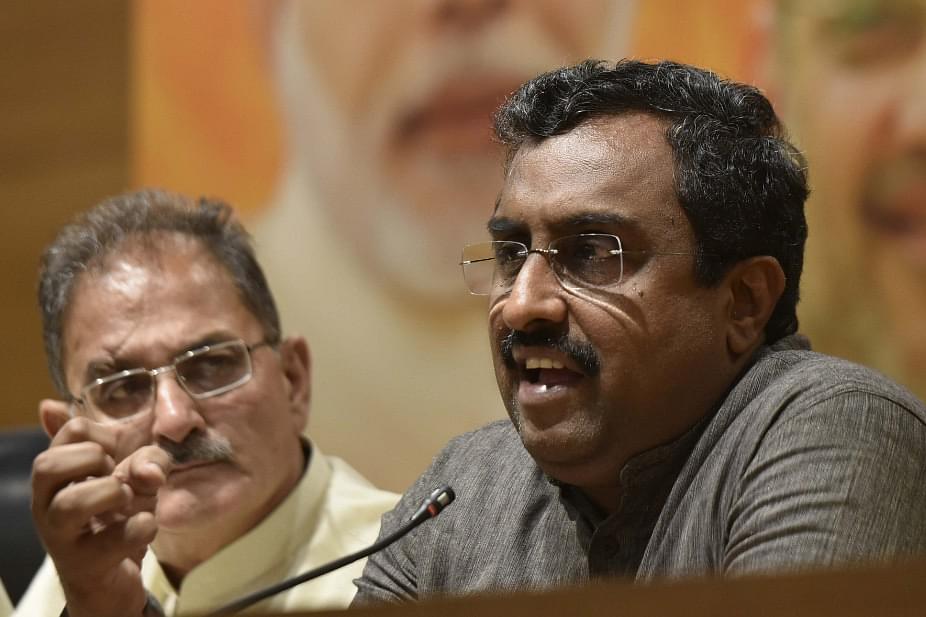 Senior leader of the Bharatiya Janata Party (BJP) Ram Madhav on Monday (19 August) said that the elections will be held in the newly created Union Territory of Jammu and Kashmir after the delimitation process is over, reports Asian News International (ANI).

Hailing the decision of Prime MInister Narendra Modi to scrap Article 370, Madhav said, "It did not take 70 years, it took one Modi for 370 to go. If you have the leadership which has the determination and will power to amend it or remove it, then ways can always be found,"

Further lauding the decision to scrap Article 370 which bestowed special status on the erstwhile state of Jammu and Kashmir, Madhav said that decision to secure complete integration of India was an 'unfinished' agenda.

Madhav also expressed confidence that once development of the region starts under the watch of Union Government, people would not fall for the negative propaganda. He said, what is important for the BJP and the Government is to take steps to ensure that the fruits of development reach the masses in the new UT.