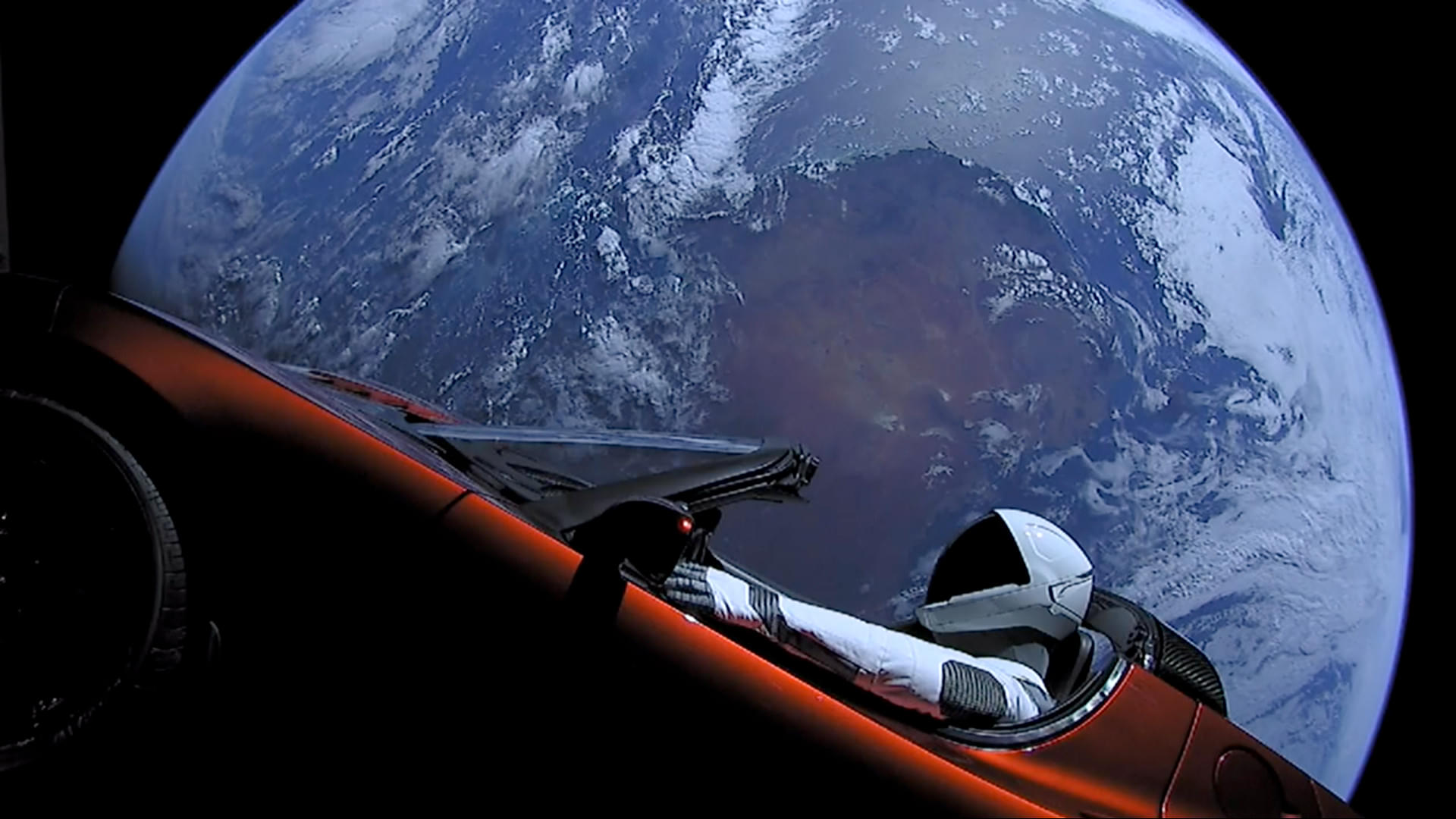 An electric car that SpaceX founder Elon Musk rocketed into space more than two years ago just flew past Mars for the first time.

In February 2018, SpaceX launched its reusable heavy-lift launch vehicle -- Falcon Heavy for the first time along with a cherry-red Tesla Roadster with a mannequin called "Starman" behind the wheel.

The roadster, "driven" by a mannequin dubbed "Starman" wearing a spacesuit, was part of a dummy payload attached to the second stage of a SpaceX Falcon Heavy Rocket that launched in 2018.

On Friday (9 October), the rocket company SpaceX tweeted that the vehicle made its first close approach with Mars, coming within five million miles of the plane.

"Starman, last seen leaving Earth, made its first close approach with Mars today--within 0.05 astronomical units, or under 5 million miles, of the Red Planet," the company tweeted.

"Starman" and the Roadster circle the sun once every 557 Earth days, according to the tracking site whereisroadster.com.

As of Thursday, car and driver have covered nearly 1.3 billion miles (2.1 billion km) in space -- far enough to drive all of the roads on Earth more than 57 times over, whereisroadster.com calculated.

Earlier this year, Musk had hinted that his company Tesla and SpaceX might once again team up to send the latest 'Cybertruck' into space and could be headed to the Red Planet.