Enough Water For Everyone In Country, Says Minister Gadkari As Six States Come Together For Renukaji Dam Project 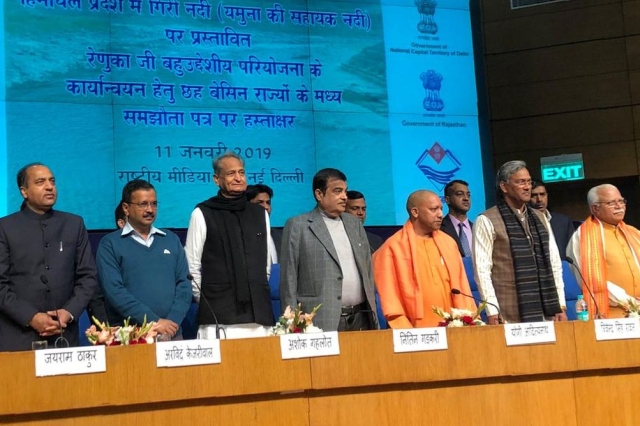 "There is enough water available in the country but the real issue is effective water management," said Union Minister for Water Resources Nitin Gadkari during the signing of the agreement.

An agreement has already been signed in August 2018 between the states over sharing of costs and benefits of Lakhwar project. Gadkari said an agreement among the concerned states for the Kisau project would be reached soon.

Renukaji dam project has been planned as a storage project on Giri river, a tributary of Yamuna, in Himachal’s Sirmaur district. The project includes building of a 148 metre-high rock-filled dam to supply 23 cusecs of water to Delhi and other states. It will also generate 40 MW of power during peak flow and is proposed to be executed by Himachal Pradesh Power Corporation Limited (HPPCL).