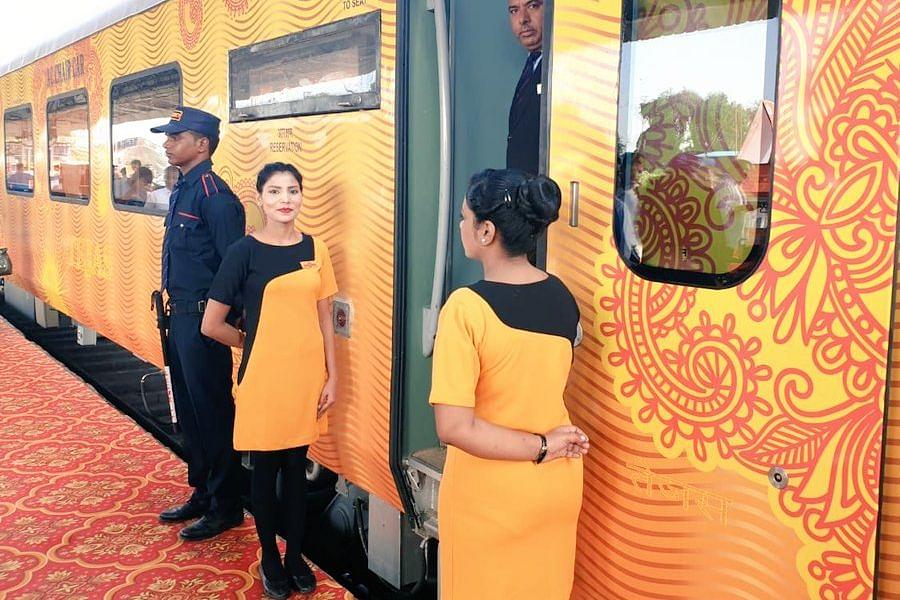 Enthused after the success of India's first privately-run train by IRCTC, the Centre is mulling over a proposal to allow other corporates to commence luxury rail-road services on over 30 routes around the country.

The government has formed an Empowered Group of Secretaries (EGoS), which has been tasked to prepare a feasibility plan which will include terms and conditions on financial details and other requirements to operate such operations.

Besides, the EGoS is also studying a survey conducted by the Indian Railways to fine-tune the process. The survey has identified heavy traffic-laden routes which can also support higher fares and allow sustainable operations for semi-luxury and luxury trains.

Top officials in Indian Railways told IANS that bids would be invited soon from interested and qualified entities.

Based on the success and economic feasibility of the plan, more routes would be identified for private train operations in the future, the official told IANS here.

"A five-member empowered group of secretaries (EGoS) has been set up to examine the feasibility of the plan and get techno-economic feasibility of certain identified routes," said an official in the Ministry of Railways asking not to be named.

"In addition, the group will also identify new routes where private train operations could be started. Once, EGoS finalises privatisation blueprint, it would invite bids and also approve the successful bidder."

The EGoS would include the Railway Board Chairman, Department of Economic Affairs Secretary, the Housing Secretary and Railways' Finance Commissioners.

Under the proposal, the Indian Railways will provide the technical support staff such as the driver apart from locomotives and rolling-stocks, whereas private players will manage the ticket, on-board entertainment, F&B and maintenance.

The development comes after government think tank NITI Aayog asked the government to set up the EGoS.

Additionally, the EGoS will look at the re-development of 50 railway stations.