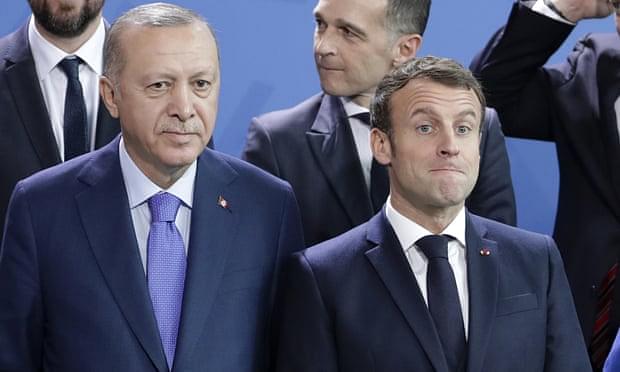 “What can one say about a head of state who treats millions of members from different faith groups this way: first of all, have mental checks. What’s the problem of the individual called Macron with Islam and with the Muslims? Macron needs mental treatment,” Erdogan stated as he claimed that Macron will fail to continue at his post after the French elections in 2022.

The Guardian has reported that the French ambassador to Turkey has been called back for consultations. The envoy is slated to meet Macron and ponder upon the prevalent situation after Erdogan’s verbal attack.

“President Erdoğan’s comments are unacceptable. Excess and rudeness are not a method. We demand that Erdoğan change the course of his policy because it is dangerous in every respect,” AFP quoted an official from Macron’s office.

France and Turkey hold opposing views on a host of subjects: right from the Armenia-Azerbaijan conflict in Nagorno-Karabakh to the maritime rights in the eastern Mediterranean.

Samuel Paty, a school teacher, was beheaded in a town near Paris for showing a cartoon of Prophet Muhammad during a class on freedom of speech. The killer was a 18-year-old radical Islamist reported to have been in touch with a jihadist in Syria.

The French official remarked that the European country has noted “the absence of messages of condolence and support” from Erdogan over this issue.