Fadnavis Government Steams Ahead With Pune–Mumbai Hyperloop, Declares It A Public Infra Project 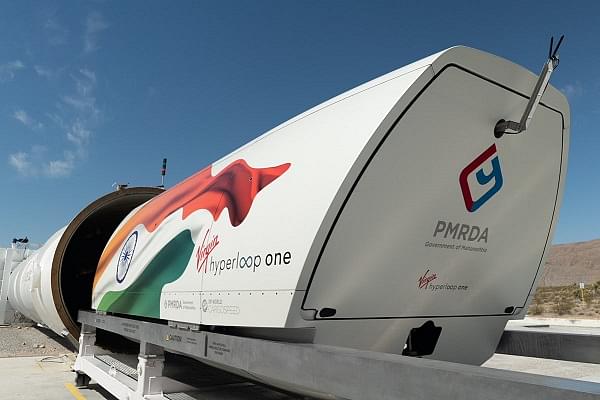 The Devendra Fadnavis led Maharashtra government has announced that the Hyperloop project between Pune and Mumbai would be turned into a public infrastructure project, the Financial Express has reported.

Maharashtra government’s urban development department, in a notification issued on 2 November, declared the Pune-Mumbai Hyperloop project as a public infrastructure project with the project's original proponents being - DP World FZE and Virgin Hyperloop technologies inc. Approval for the Hyperloop was given under the recently enacted Maharashtra Infrastructure Policy Act (2018).

Kiran Gitte, metropolitan commissioner and CEO of Pune metropolitan region development authority (PMRDA) was quoted as calling it a very crucial step for the project. The commissioner said that with the project now being under the Swiss challenge method, interested parties would be able to put forth better proposals and technologically and economically superior ones will be shortlisted.

Gitte also said that pre-feasibility and feasibility study on the Pune-Mumbai Hyperloop project has been completed and the report will now be handed over to IIT Mumbai for review.

In May, the Maharashtra government inked a memorandum of understanding (MoU) with Richard Branson-backed Virgin Hyperloop One, based out of North Las Vegas, Nevada to build a 15-km test track in Pimpri-Chinchwad’s Wakad, north of Pune at a cost of Rs 300 crore.

The government has now given the go-ahead to award the work on the project using the Swiss Challenge Method, which will give other private companies that work on innovative technologies an opportunity to get involved and bring in their expertise to the table. If any new player comes forward and can offer 10 per cent betterment, the new player will get the contract. If not, the original proponent will retain the contract.

The Hyperloop project is expected to transport 10,000 people per hour per direction on the Mumbai-Pune line.  The travel time between Pune and Mumbai will come down to 25 minutes. The Mumbai-Pune sector is among the most crowded corridors with over 70 trains and 150 buses operating on the route. India’s first expressway, the Mumbai-Pune Expressway is today among the most crowded roads in India with long traffic jams slowing down traffic. The privately funded Hyperloop will be aligned along the Expressway and will have both passenger and cargo operations.