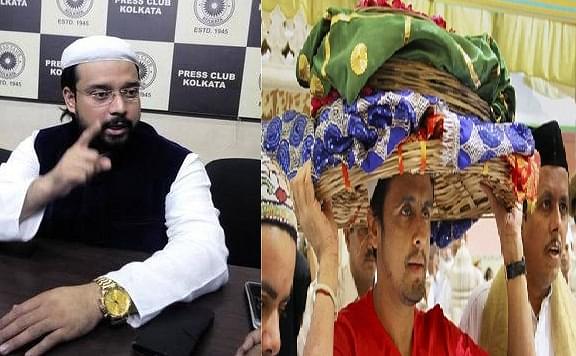 A Maulvi in West Bengal has issued a fatwa against Sonu Nigam for his comments over azaan, offering Rs 10 lakh as reward to anyone who shaves the singer’s head.

“If anyone can shave his hair, put a garland of old torn shoes around his neck and tour him around the country I personally announce an award of Rs 10 lakh for that person,” said Syed Sha Atef Ali Al Quaderi, vice president, West Bengal Minority United Council.

Sabir Ali, general secretary of the council, also aired his views on the issue, saying, “More than the namaz, people are disturbed by the cacophony from his music studio and during his concerts”.

Nigam, on being woken up to the sound of azaan, had criticised the practice if using loudspeakers in mosques, temples and gurudwaras Tuesday on Twitter. Terming it as 'forced religiousness,' he tweeted:

God bless everyone. I'm not a Muslim and I have to be woken up by the Azaan in the morning. When will this forced religiousness end in India

Calling it ‘gundadardi, Nigam demanded an end to the practice.

Since then, while a few Bollywood and TV personalities have sided with the ace singer, many have condemned the way in which Nigam expressed his anger.

Although he did not target Islam explicitly, and criticised temples and gurudwaras too, his tweets evoked a mixed response on the Internet. Trolls, mostly from the left-wing, attacked him for speaking his mind, as though freedom of speech was an exclusive right of a certain section of society.

Nigam reacted to the fatwa by tweeting that he would have his head shaved in the afternoon and asked the Maulvi to keep the money ready. He tweeted:

Today at 2pm Aalim will come to my place, and shave my head. Keep your 10 lakhs ready Maulavi. https://t.co/5jyCmkt3pm

Later in the afternoon, ANI tweeted out a picture of Nigam after shaving his head.

Sonu Nigam gets his head shaved after a Fatwa was issued announcing 10 Lakhs for anyone who shaves Nigam's head pic.twitter.com/wWUZmnmb8N