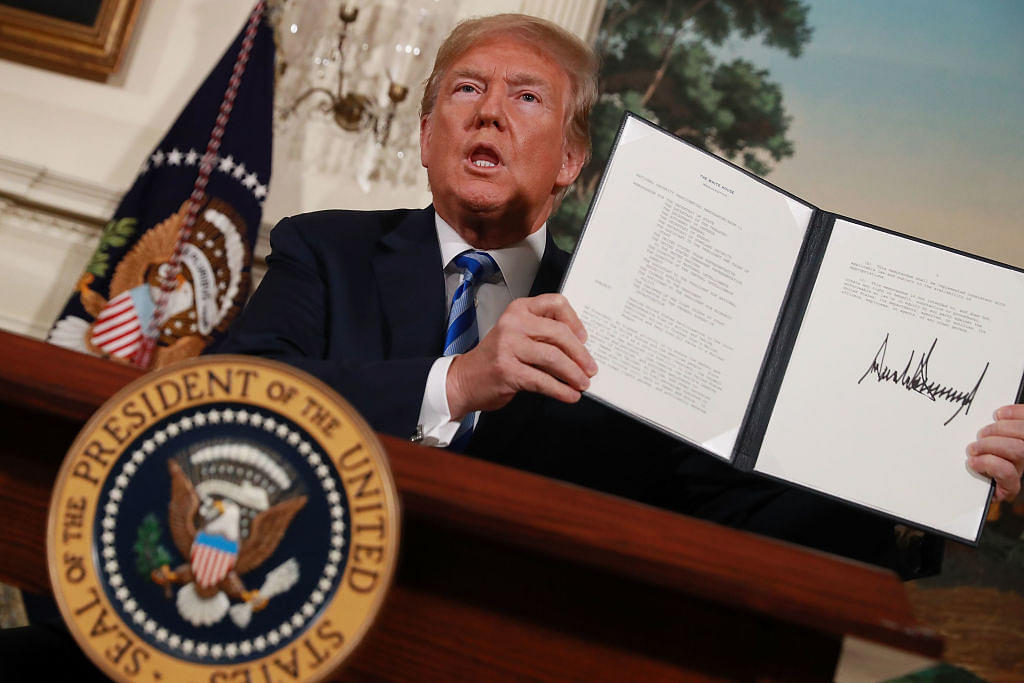 United States (US)‘s sanctions against Iran can end up failing this time as India and China are reportedly keen to keep up their purchases of Iranian oil and can even oppose the sanctions, Bloomberg has reported.

Customers in India and China are seen as willing to continue the imports unless the sanctions are imposed by the European Union too. The European nations that are part of the deal however, are unwilling to back out of the deal despite the US pullout.

France, Germany, and the UK regret the U.S. decision to leave the JCPOA. The nuclear non-proliferation regime is at stake.

US President Donald Trump had last night announced the decision of pulling out of the Obama-era nuclear deal with Iran keeping with his 2016 election campaign promises.

The Iran Deal is defective at its core. If we do nothing, we know what will happen. In just a short time, the worldâs leading state sponsor of terror will be on the cusp of acquiring the worldâs most dangerous weapons.... pic.twitter.com/58qwBLzxIH

China and India are the two biggest consumers of Iranian oil and had skirted the last round of US-backed sanctions on Iran by seeking exemptions and arranging alternate routes of shipping and payments.

The sanctions, this time, are widely being perceived to be weaker than the last time as they are being backed only by the US. President Trump has publicly stated that he wants to extract more commitments from Iran before the deal can be renewed.

Although the fears of the US withdrawal have sent the prices sky-rocketing, even US allies like Japan are planning to seek exemptions from the sanctions. Only South Korea, the third biggest customer of Iranian oil might comply with the sanctions this time as it seeks the US security umbrella in the Korean peninsula.