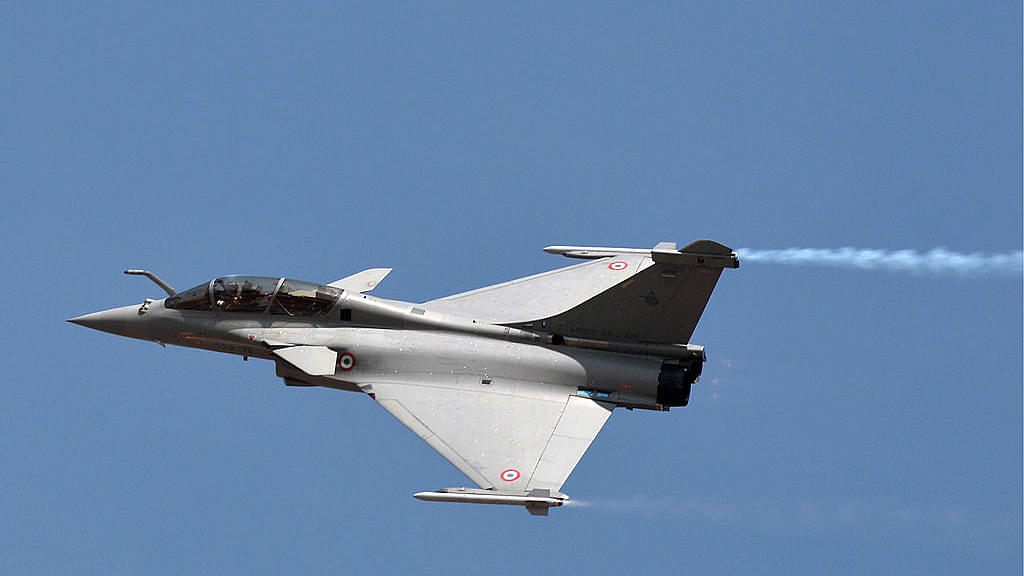 The first Rafale fighter jet, built by Dassault Aviation for the Indian Air Force (IAF) in its facility in France, made its debut flight on 30 October, Livefist has reported.

According to the portal, the fighter, which has India-specific enhancements, will be the last to be delivered to India. The platform, it is reported, will act as a "technology proof" and the testing of this aircraft will continue until April 2022.

BREAKING: First Rafale built for India makes debut flight â flew on October 30. First to be built, RB008 will be the last (36th) Rafale delivered, as itâs the tech proof platform. Deliveries begin Sept 2019, this Rafale rounds it up in 2022. (File Photo) pic.twitter.com/LzcTiOMHo4

Earlier, the Indian Express had reported that only one of the 36 fighters would be delivered to India from France until the end of the contract period in April 2022 with India-specific enhancements.

This means that the IAF will have all the 36 Rafale fighters with India-specific enhancements only by September 2022, nearly four years from now and exactly three years after deliveries start. These enhancements include an Israeli satellite communications system, a low band jammer, towed decoy system, upgraded engine, additional modes in the radar and higher resolution in the Front Sector Optronics. By some accounts, these upgrades make the Rafale that India has contracted for better than the one inducted by the French Air Force.

Will little over one year for deliveries to start, the IAF has been preparing for the aircraft to arrive from France. According to The Hindu, the IAF has been readying the infrastructure required for the new fleet. Air Force stations in Haryana’s Ambala and West Bengal’s Hasimara will house a squadron (18 planes) each of Rafale fighter jets. The first squadron of the fighters will be deployed at Ambala, a strategically located base of the air force nearly 220 km from the border with Pakistan. The base is also home to India’s Jaguar fighter-bomber fleet. To house Rafales at the base, the IAF is constructing hangars, hardened concrete shelters and maintenance facilities at these bases. The government is said to have sanctioned Rs 400 crore for this purpose.

The IAF had dispatched a six-member hand-picked team to France to train on Rafale fighter planes a few months ago, Hindustan Times has reported. The team had a fighter pilot, an engineer and four technicians. It will receive training at the Saint-Dizier air base in eastern France. According to an official quoted by the daily, the IAF will send multiple teams for training. These teams will be responsible for flying the aircraft back home, an official said.