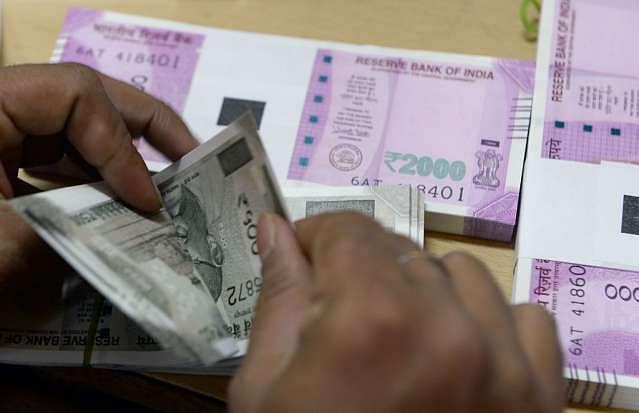 Economic Survey 2018 explains the factors that nudged India into paving a unique growth trajectory following the “decoupling” of India’s growth from the world’s.

Tabled before the Parliament in the run-up to the Union budget, the survey said until early 2016, India’s growth had been accelerating when growth in other countries was decelerating. But then the reversal happened. The world economy started on a synchronous recovery, but India’s gross domestic product (GDP) growth — and indeed a number of other indicators such as industrial production, credit, and investment — decelerated.

Explaining this change in fortunes, the survey identifies five reasons that caused India to forge its unique path:

1) First, India’s monetary conditions decoupled from the rest of the world as figure 9 below shows that until the middle of 2016, real policy interest rates were following the global trend downwards. Since then, the downward movement has continued in most other countries, with rates falling on an average by 1 percentage point between July and December 2016 in the US. But in India, for the same period, average real interest rates rose by about 2.5 percentage points. This tightening of monetary conditions contributed to the divergence in economic activity in two ways.

First, it depressed consumption and investment compared to that in other countries. Second, it attracted capital inflows (Figure 10), especially into debt instruments, which caused the rupee to strengthen, dampening both net services exports (Figure 11) and the manufacturing trade balance (Figure 12).

Between early-2016 and November 2017, the rupee appreciated by another 9 per cent in real terms against a basket of currencies.

2) The second was demonetisation, which temporarily reduced demand and hampered production, especially in the informal sector, which transacts mainly in cash. This shock largely faded away by mid-2017, when the cash-GDP ratio stabilised. Increased demand of MGNREGA also showed the impact of DeMo on informal sector.

3) The third factor was goods and services tax (GST). Just when the DeMo impact was waning, GST was introduced, affecting supply chains, especially those in which small traders (who found it difficult to comply with the paperwork demands) were suppliers of intermediates to larger manufacturing companies.

Figures 13 and 14 below plot the growth of manufacturing exports and imports.

They show that beginning March-April 2017 until September 2017, export growth decelerated while import growth accelerated sharply, a pattern not observed in other Asian emerging economies or the world as a whole. This suggests that the economy experienced a competiveness impact in the demonetisation/GST periods.

4) The fourth factor exerting a drag on the Indian economy was the twin balance sheet challenge. This has been a drag for some time and its effects have cumulated as the non-performing assets have increased, the financial situation of stressed firms and banks have steadily worsened. During the past three years, profits of the PSBs have plunged into negative territory as provisioning against the bad loans increased substantially (Figures 15 and 16). This, in turn, has impaired banks’ ability to supply credit to industry.

5) The final factor was oil prices. In the last three fiscal years, India experienced a positive terms of trade shock. But in the first three quarters of 2017-18, oil prices have been about 16 percent greater in dollar terms than in the previous year (Table 1). It is estimated that a $10 per barrel increase in the price of oil reduces growth by 0.2-0.3 percentage points, increases WPI inflation by about 1.7 percentage points and worsens the CAD by about $9-10 billion.