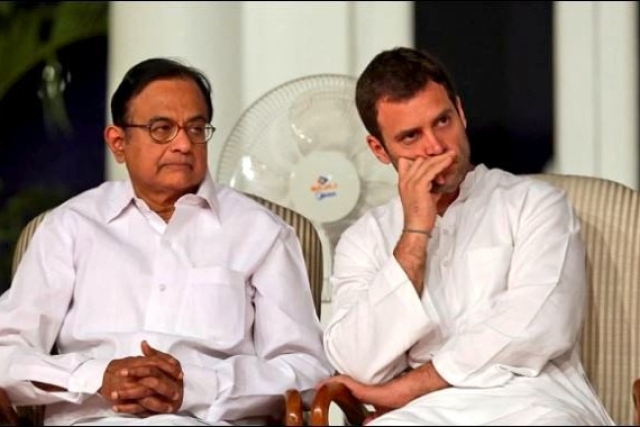 In a tweet earlier today, Congress President Rahul Gandhi came out in support of the 'Urban Naxals’ arrested late on Tuesday following near-simultaneous raids throughout the country. He lashed out at the government, saying the only non-government outfit allowed to operate was the Rashtriya Swayamsevak Sangh.

“Welcome to the new India,” the Congress President said.

There is only place for one NGO in India and it's called the RSS. Shut down all other NGOs. Jail all activists and shoot those that complain.

Welcome to the new India. #BhimaKoregaon

However, a closer look at the facts tells that the new India Gandhi refers to in his tweet is not any different from the old India under the Congress.

1) Arun Ferreira, one of the five activists arrested on Tuesday by Pune police, was arrested along with other left-wing activists like Murli Satyareddy, Davendra Bhurle and Naresh Bansod in 2007 on charges of involvement in Maoist activities. He tasted freedom briefly in September 2011 and walked out of the jail 2012 after the Bombay High Court granted him bail.

According to reports, he was arrested for carrying out clandestine operations for the banned Communist Party of India (Maoist). The party, which aims to overthrow the elected government of the country through ‘people’s war’, was banned by the Congress-led United Progressive Alliance (UPA) government in 2009 under the Unlawful Activities (Prevention) Act and declared a terror outfit.

2) According to this Indian Express report, Vernon Gonsalves, who was also arrested by the police during the raids carried out as part of a probe into the violence at Koregaon-Bhima, was convicted by the Nagpur sessions court in April 2014. The report says that he was a Central Committee members of CPI (Maoist).

Gonsalves was arrested by the Ant-Terror Squad in 2007, during the UPA rule. He was found to be in possession of detonators, gelatin sticks and Naxal literature. As he had undergone incarceration for the period he was sentenced for when the court announced its judgement, he was released.

3) Varavara Rao, one of the five activists, was arrested in 2005 by Andhra Pradesh police, according to this BBC report. Interestingly, the state back then had a Congress party government headed by Y S Rajasekhara Reddy. Rao was arrested for allegedly supporting the banned Communist Party of India (Maoist).

Rao shouted "long live revolution" as he was detained.

4) Gautam Navalkha, arrested Tuesday in Delhi, was detained at Srinagar Airport in 2011. Back then, the government of Jammu and Kashmir had said that "his presence could disturb peace and order in the Valley." After the killing of terrorist Burhan Wani by the security forces in 2016, he had written an article allegedly sympathetic to the militants. In the article, Navalkha had addressed the terrorists as “Burhan Wani and his comrades”.

5) In 2006, the then Prime Minister Manmohan Singh had said that the Naxals are “the single biggest internal security challenge ever faced by our country”. In 2007, during UPA’s tenure, intelligence agencies had warned that ultra-leftists were likely to trigger large-scale violence using sophisticated arms and blasts.