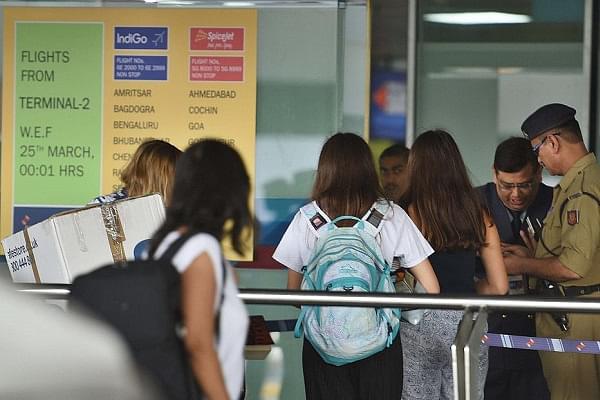 The government is considering a proposal that will make it optional for airlines to pay compensation to passengers in the event of a flight cancellation, reports Business Standard (BS). Domestic carriers may be given the option of providing an alternate flight to the passenger if the scheduled flight is cancelled.

Though the civil aviation ministry had earlier in 2018 proposed increased payout for flight cancellations, airlines had objected to the same, citing financial reasons. Currently, passengers are paid anywhere between Rs 5,000 to Rs 10,000 on top of the ticket cost by the airline.

"A balanced view must be taken while introducing the regulations. While it is good to safeguard consumer interest the government should also consider airlines' financial health and impact the regulations will have on them," said an airline executive to BS.

The government is also considering to mandate airlines provide a 24-hour lock-in period to customers to allow them to either cancel or revise details without additional charge. The Ministry has sought comments from all the stakeholders and is expected to finalise the norms in the coming weeks.

According to a recently released report by air consultancy firm, OAG, AirAsia India and Indigo Airlines are the only Indian air-carriers to be included in the list of top 20 most punctual airlines in 2018 across various categories. Also Bhubaneshwar, Hyderabad, Bengaluru and Delhi airports feature in the top 20 airports in various categories of punctuality.

Also Read: Breaking Records With ‘Flying’ Colours: In A First, Indian Airlines Add Over 100 Aircraft In A Single Year