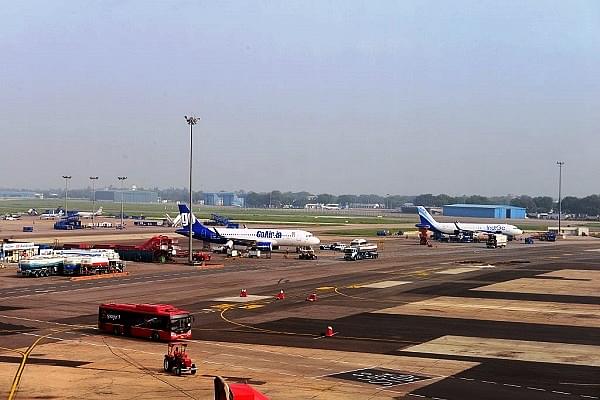 According to the preliminary world airport traffic rankings for 2018 released by Airports Council International (ACI) it is also the fastest growing among the top 20 airports in the world moving up four places from the 16th spot in 2017 overtaking mega hubs like the Frankfurt, Dallas Forth Worth, Guangzhou and Istanbul Ataturk airports.

The four airports just above Delhi — Amsterdam Schiphol, Paris-Charles de Gaulle, Shanghai Pudong and Hong Kong - handled just up to 46 lakh passengers more than IGIA and in terms of passenger growth, only Seoul’s Incheon International is close to Delhi at the 16th place in 2018 with 10 per cent point growth.

“India became the world’s third-largest aviation market in terms of passenger throughput, behind the US and China, in 2018. India’s move towards a more liberalised aviation market and the nation’s strengthening economic fundamentals have helped it become one of the fastest-growing markets with its traffic growing rapidly in a relatively short time" adds ACI World director general Angela Gittens. She continues "With the cost of travel decreasing in many markets, and a burgeoning middle class growing in emerging markets, passenger traffic growth has remained irrepressible."

ACI’s global medium-term forecasts reveal that the growth in demand between 2018 and 2023 will grow by almost 30%, This means many national governments face the predicament of demand outstripping available airport infrastructure.”

India is likely to be one such country with exponential growth in demand however delays in implementation and upgradation might cause slow growth. For instance the airport management of IGIA had almost two years to unveil a plan to upgrade terminals 1 and 3 and build the fourth runway, but still are some years from completion. These delays have denied Delhi’s entry to the top 10 last year even though being one of the world’s fastest growing airports.

The scope for growth is very high given that India grew 7% while most airports busier than Delhi have saturated in terms of capacity, Dubai Airport grew by 1% point in 2018 after years of double digit percentage traffic growth.